One thing I like about Tourism Selangor is the fact that they are very productive in engaging social media to promote tourism products in the state. Starting with #tsbreakaway and then #tsdayout:Slacklining, my experiences have always been awesome with them, which is why when I was told about the White Water Rafting program for 2015 inaugural #tsdayout, I decided to join in. 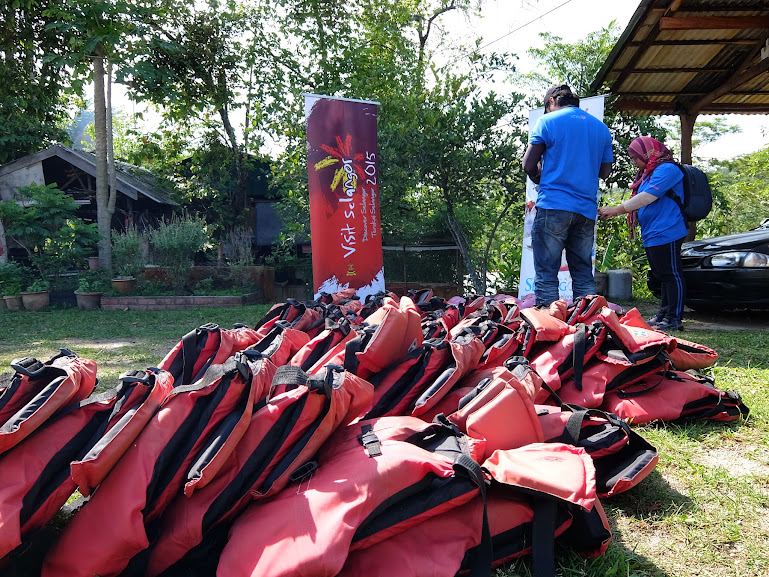 It was 4th April 2015. I woke up on a Saturday morning and was looking forward to it. Not like a typical Saturday where I will sleep throughout the morning. Sharp at 7.30 am, I was at the Tourism Selangor office in Shah Alam, registering myself for the adventure. I met fellow friends, Vanessa, Adam, Bella, Mani, Khai and Khai, to name a few.

After the usual briefing and officiating by the manager, off we went to Kuala Kubu Bharu, Hulu Selangor. A sleepy pre-war town which is 1 hour journey up north from Shah Alam.

When we arrived, we were greeted by Mr Pie who then briefed us on the safety aspects and passed us the indemnity and waiver form – a must during any extreme activity.

We were also informed that this time of the year, the rapid was not so strong as it has not been raining for some days. Deep in my heart, I prayed that lady luck will be by our side.

At the starting line, we were told that the water has yet to raise to a satisfactory level. To kill time, we were asked to play a kind of game.

All of us were asked to form a circle and hold to a paddler. A guy will then shout right or left. If he shouts “Right!”, we must let go our paddler and go to the right and grab the paddler on the right. The same goes for left.

It sounded so easy until it started. Apparently, when the guy shouted “Left!”, it sounded “Reft!” and we all thought that it was right! Nonetheless, I was part of the Top 6 and I felt accomplished, though it has no significant for the activity.

The second group arrived at the starting line and we were all asked to choose either to do tubing first or to do white water rafting. Since the water was shallow, I thought tubing was not a very good idea. So, I decided to do rafting first. In my raft were Adam, Mani, Khai, Khai, and Bella.

Thinking that it would be lighter without a shoe, Adam and I decided to take off our shoes and left it at the starting point – a bad, bad, decision.

Since the water was shallow, we had to go out and pull our raft. The river is full with small rocks and every time I walked, it felt like I was doing a reflexology massage, a hard one. It was so painful!

After a combination of pull and paddle, we finally reached the rapid. The rapid was slow and the anchor told us that we had to jump to the front in order to move forward. “When I said jump front left, you all jump to the front together, okay?” in which we replied in unison – Okay!.

We jumped and suddenly, I couldn’t see a thing. Oh no! The raft capsized and I was in the river. I panicked for a few seconds and then I realized, I was wearing a personal floating jacket, so things should be alright. I managed to float and went back to the raft. Devi, who got tired tubing in shallow water, later decided to join us in the raft.

We paddled slowly back to the meeting point where we first arrived. It was hot, the water was moving slowly and I was so dehydrated. Glad the organiser gave bottles of drinking water to hydrate.

To be honest, I was a bit disappointed with the first round of rafting. The rapid was so slow and the adrenaline rush which I had expected was not there. We were all tired and sad – major disappointment.

Suddenly, we were told that the water has raised and whoever wants to do a second attempt can do it. (Not that I have a choice anyway; Adam and I left our shoes at the starting point). Together with Adam, Mani, Bella, Khai, Khai and Devi, we went back to the starting point and grab a raft. Indeed, the water was flowing fast and to not repeat the same mistake, I wore my shoes.

For the second attempt, we did not have to pull the raft. We just need to paddle and let the river brought us to the rapid. We reached the rapid and this time around, we passed through the rapid easily and I could feel the adrenaline pumping. It was awesome!

It was also awesome and funny because for the second attempt, our raft did not capsize but all of us fell on Bella until she was thrown out of the raft! Sorry Bella! 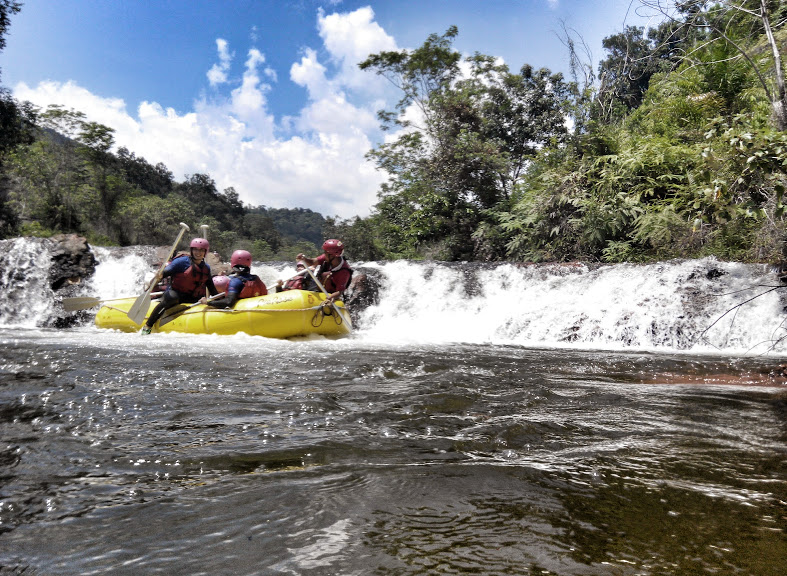 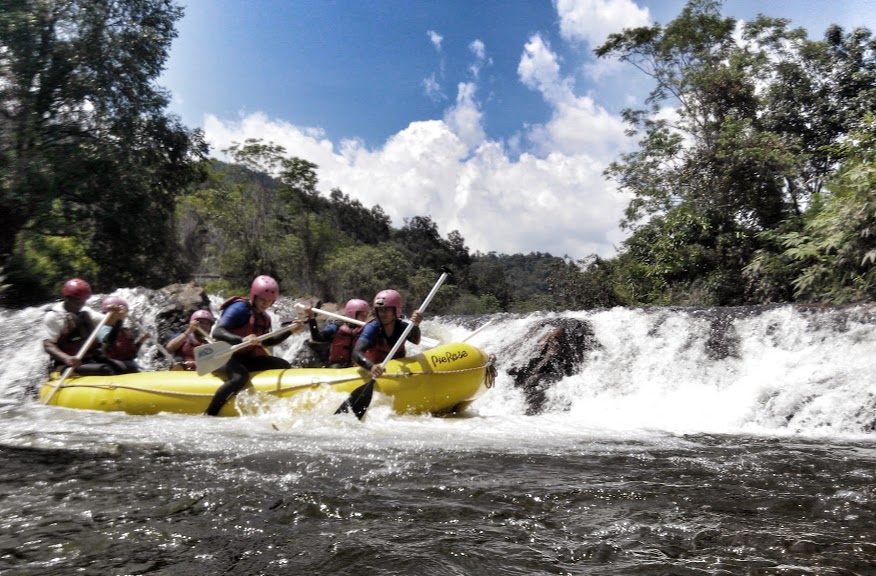 After we have done with the rapids, we flowed on the calm river. My raft-mates a.k.a. “the Cronies” decided to abandon the raft and lay on our back to go back to the meeting point. I did too.

Just imagine, laying on our personal floating jacket, staring at the cloudy skies with the water slowly brought us to the meeting point. It was so calming and I was really glad that I was invited and joined.

It could have been my typical Saturday, waking up late, going to the shopping mall and stuff.

But I decided to join #tsdayout. To embrace the nature. To cross an item on my bucketlist. To remember, that I only live once.