In the evening, after I have rested for a while in the hostel dorm, I took a stroll outside the hostel area, to the busy Silom area. This area has a lot of high rises buildings and one of them is the hotel where The Hangover 2 was shot. I smiled, remembering how naive I was to imagine Bangkok as portrayed in that movie. Or Bangkok Dangerous for that matter. 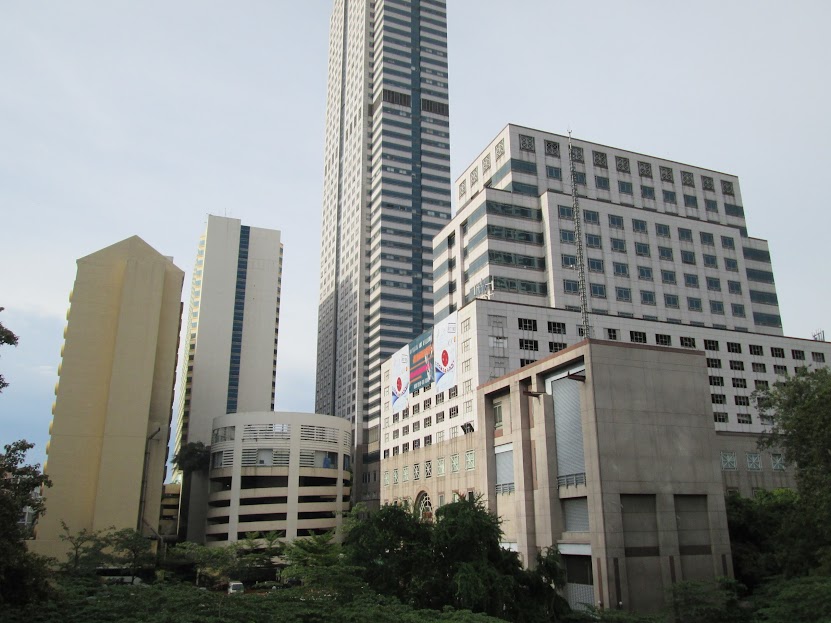 Yes, when I watched those movies, I have yet to start my travelling hobby and I thought Bangkok would be so dangerous. How wrong I was. It is safe, decent, as long as we follow our common senses. Otherwise, I would not be here, sharing my journeys. 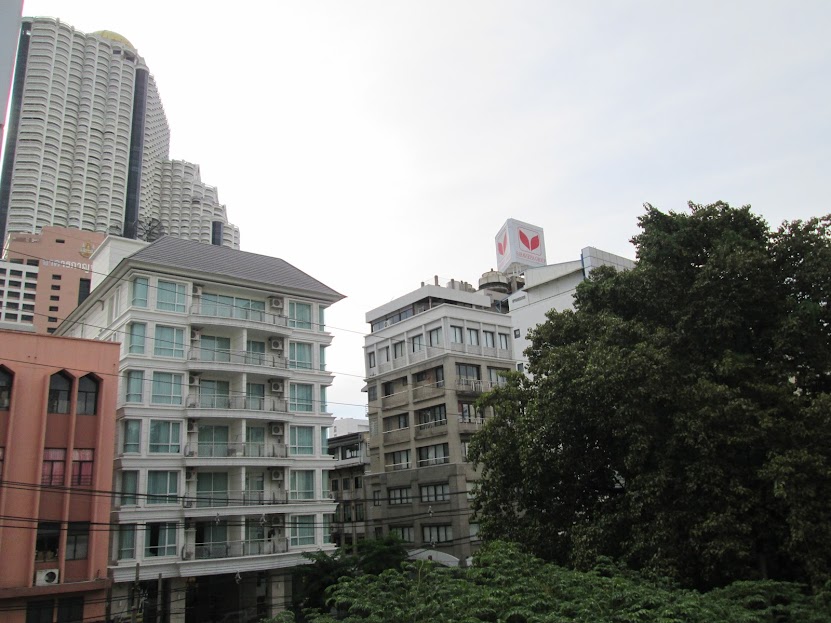 Soon after, I went back to my hostel dorm and log on to my Couchsurfing account. Being alone is good but sometimes, we still need company. I checked online to see if there is any chance for me to meet other Couchsurfers in Bangkok and after a while, I received a reply. Yes, a local Bangkok guy is willing to organize a small gathering for some Couchsurfers in town. Hooray! 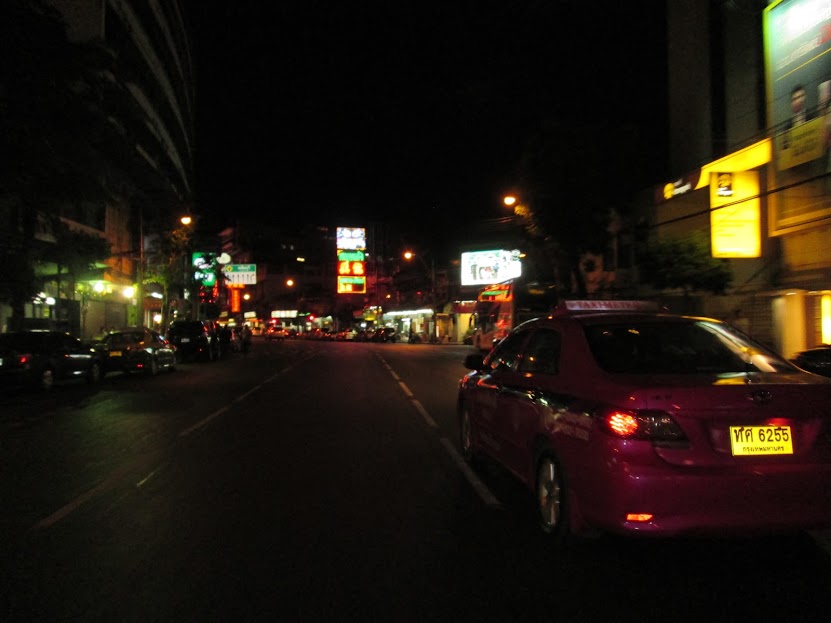 As night set in, I walked towards the bus stop and hailed a tuk-tuk. I knew tuk-tuk is notorious for overcharging foreigners but I wanted to have a feel of riding on one since the last time I rode in one was 2 years ago. After haggling, he agreed to charge me THB 150 to Khao San Road, where the gathering is set to be at. 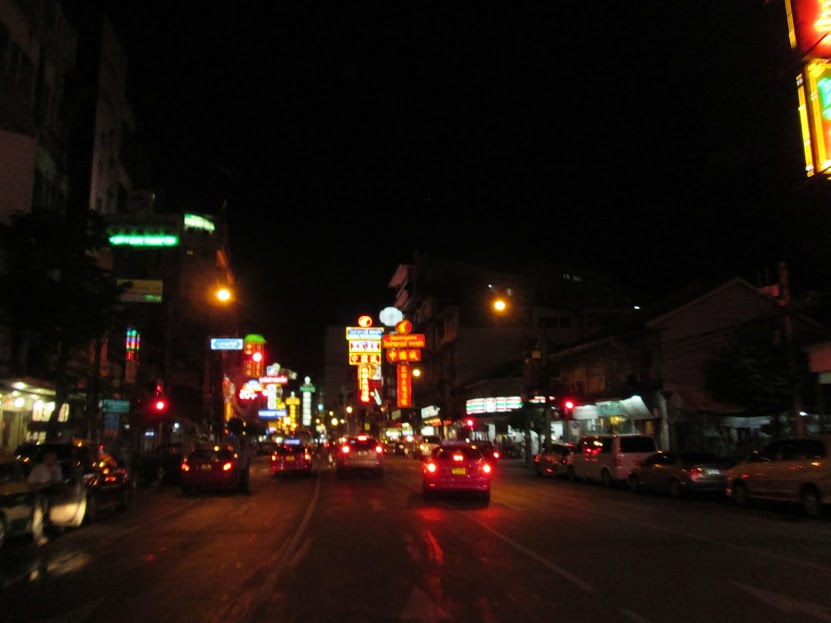 I waited at the spot promised and saw some guys there. I shook hands with everyone and one guy really stood out than the others because he is an Indonesian! His name is Dyo… Dyoputra Pamungkas. He is from Indonesia and like me, he has been travelling alone for weeks. We conversed in Bahasa Melayu and Indonesia, mixed. When we talked to the other guys, we spoke in English but between each other, we spoke in Bahasa. It was a relieve to speak our native languages once again. All of us had good conversations and soon, it was time to part. Before separating, Dyo and I promised to keep in touch. 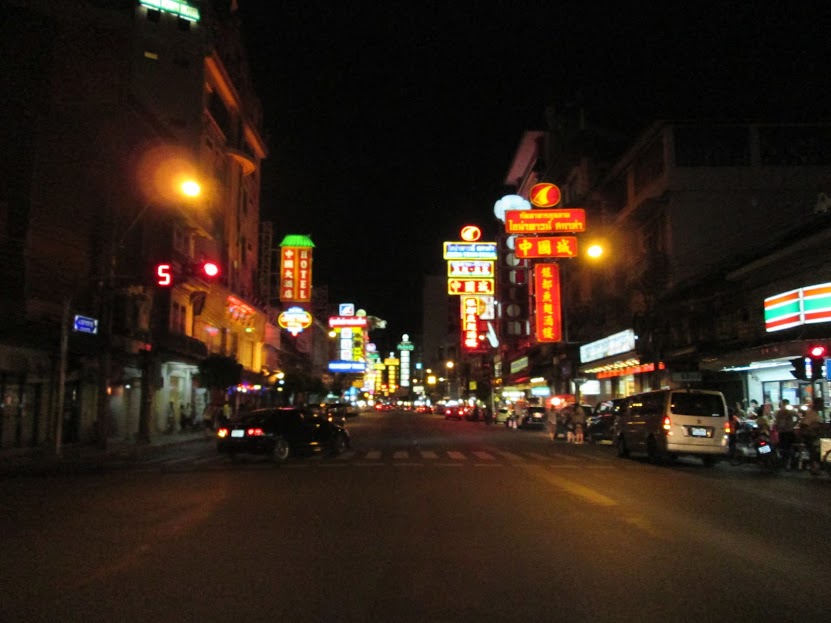 I went back to the hostel after flagging another tuk-tuk at the end of Khao San Road. Along the way, we passed through Chinatown, Democracy Monument and other places where the locals converged. I was too sleepy and did not intend to stop by anywhere else but the hostel. 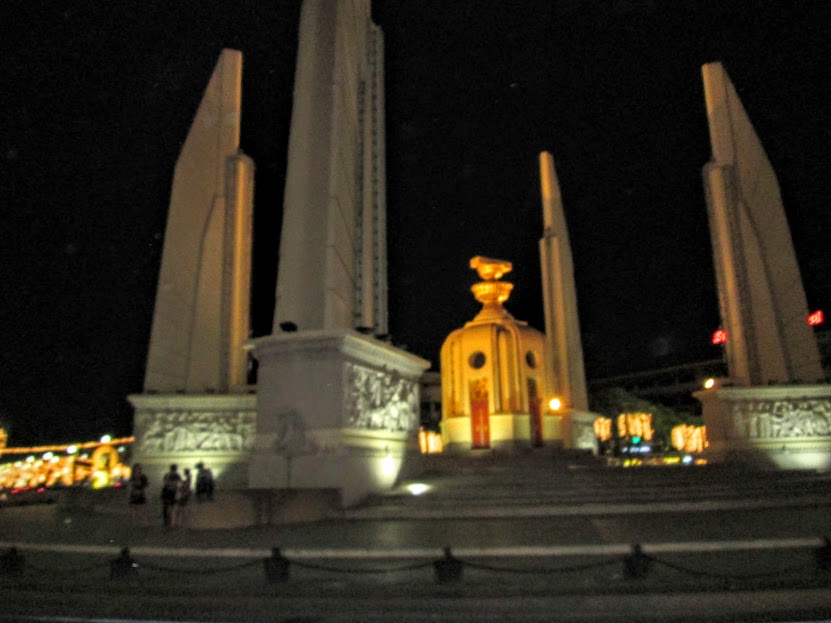 I also saw a lot of Jalur Gemilang (Glory Stripes), the national flag of Malaysia and the photos of our Yang Dipertuan Agong and Raja Permaisuri Agong (Supreme King and Queen) lining up the streets. I asked the tuk-tuk driver and he told me that they are here in Bangkok for official visit. 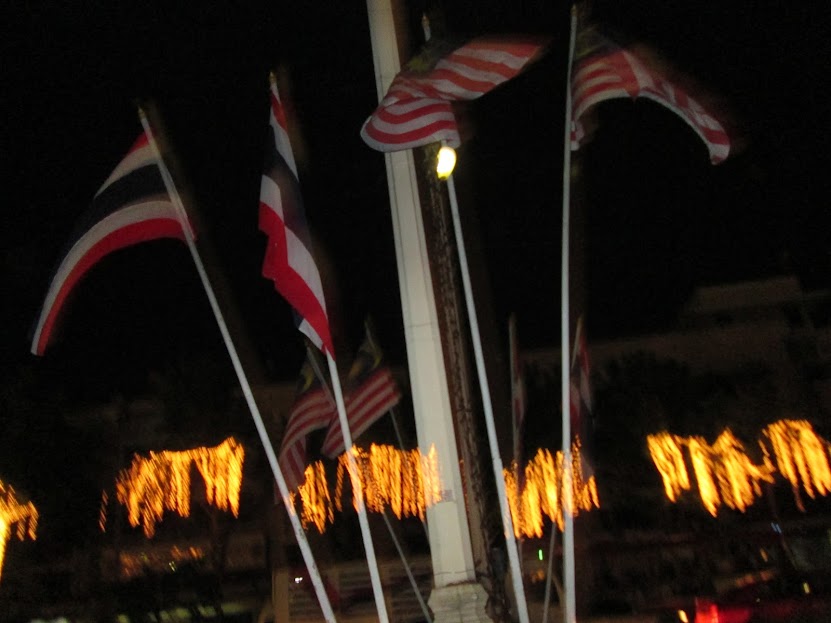 No wonder the roads were all lighted up with glittering lights and posters were everywhere.

I reached the hostel after midnight and went straight to the bed. Tomorrow would be a long day. I have decided to go home.

Dyo and I continue to be good friends until today. He visited me in Kuala Lumpur in 2014 and I met him when I was in Bandung, Indonesia in April 2015. His advice to me when we last met: Lose some weight!