I woke up early in the morning to have breakfast before packing up to check out around noon. During check out, I thanked all the staff for being friendly and accommodating throughout my stay at the hostel. They were friendly during my stay in 2011 and are still friendly today. One of the staff even remembered me and I was honoured.

I walked to the bus stop near Holiday Inn hotel and waited for bus No. 177 to the Southern Bus Terminal or Sai Tai Mai. The funny thing about Thai buses is that the signs are all in Thai script which means that as a foreigner, we could never know where the bus is heading to unless we ask the locals. Otherwise, we can never guess the bus destination, not even a wild guess. 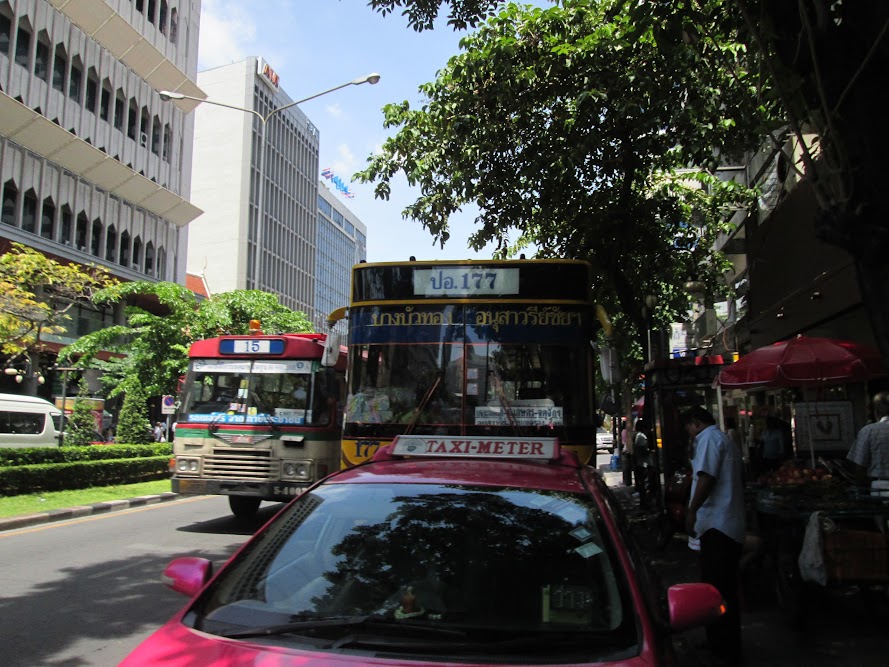 I just sat at the bus stop, looking around, people watching, cars watching, until finally the bus arrived.

It did not take long for the bus to reach Sai Tai Mai. Perhaps, it was after lunch hour and there was no traffic jam as everyone was busy working. 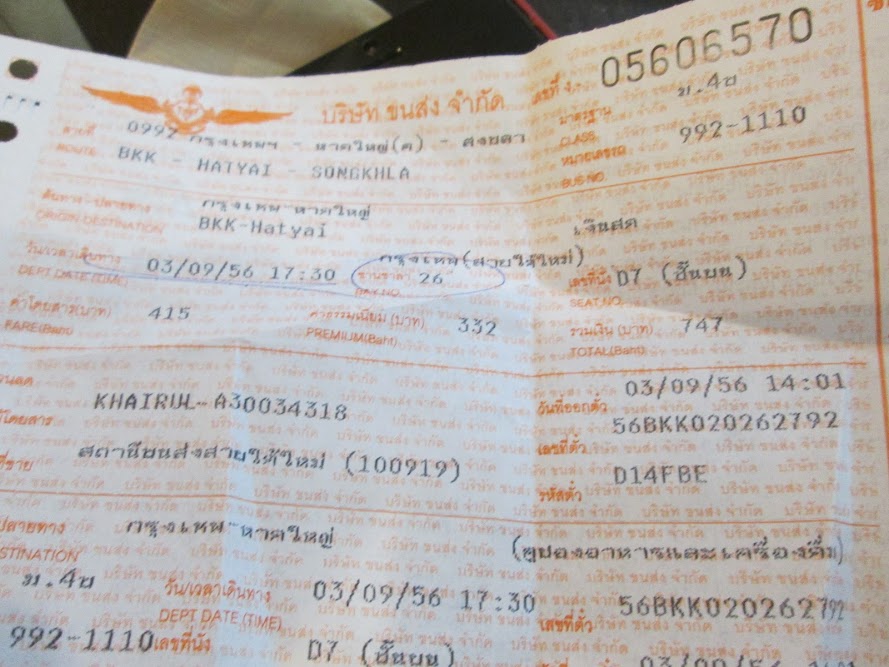 When the bus reached Sai Tai Mai, I straight away went to the upper floor, where the express bus tickets are sold and find one which heads to Hat Yai. I intended to take The Transport Co. Limited bus because based on my personal experiences, the service is tip top and the price is value for money. 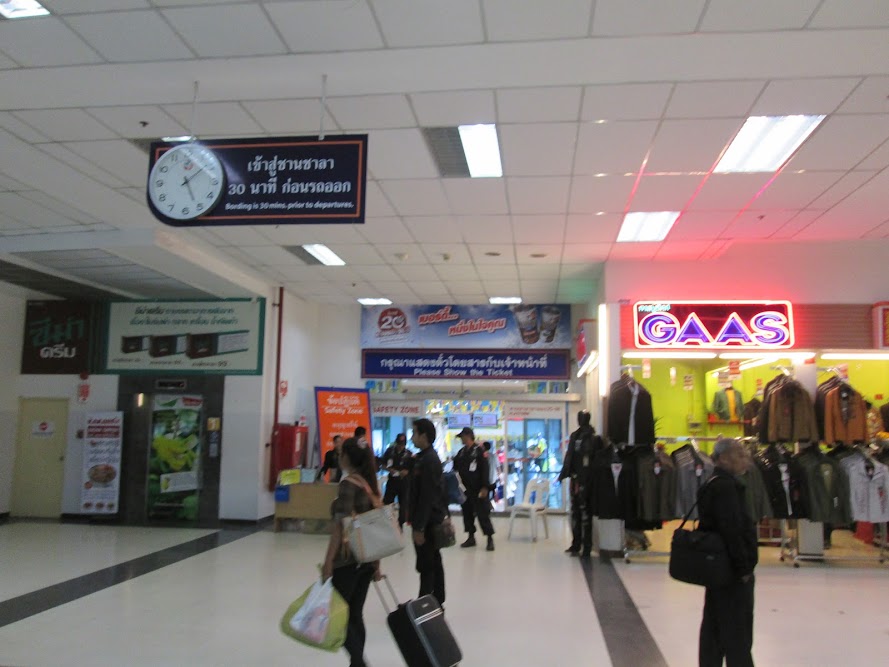 I looked around and bought the ticket for 747 baht where the bus would leave at 5.30 pm. 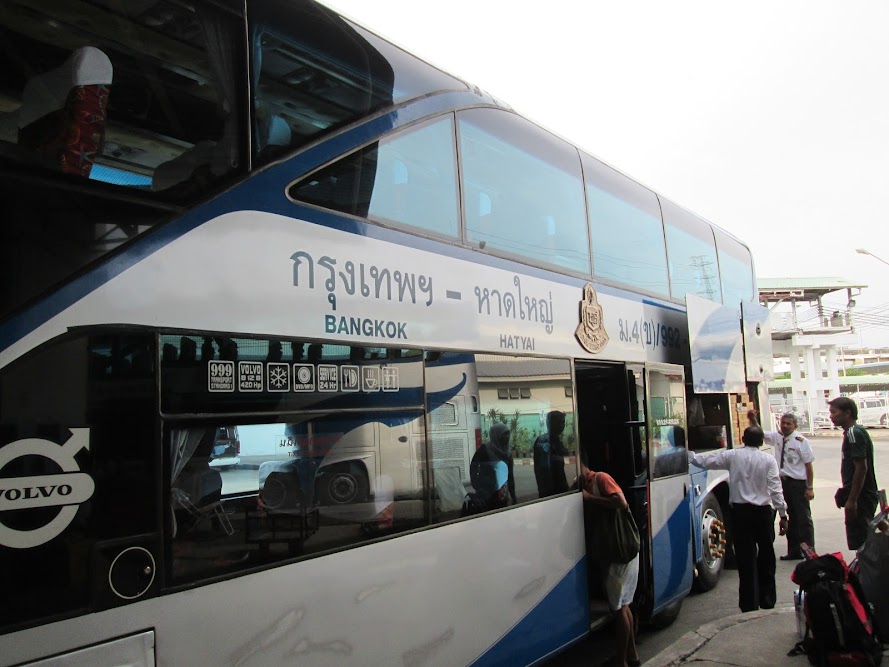 Since there were a few hours to kill, I decided to hang out at a coffee house and drank some coffee. I Facetimed my friends, showing them the view around the coffee house and the bus station and spent the rest of the hours on the Internet. 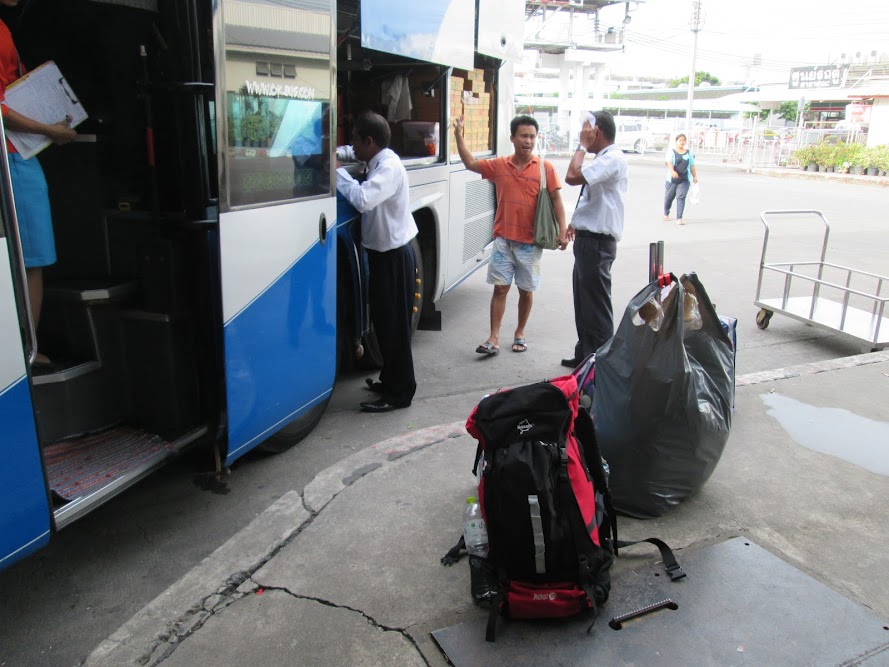 When it was time to leave, I went to the platform and waited to put my backpacks inside the luggage compartment. Honestly, this moment was a reminisce of my last trip. I still remember the farang-calling that I experienced back then. You see, normally, farang is the term used to call the white people, much like Malaysia’s orang putih or mat salleh. However, when the stewardess (yes, Thai express buses have stewardess) spoke to me in Thai and I replied in English, saying “Sorry, I can’t speak Thai… I don’t understand… I am sorry“, she pointed her finger at me, showing to the captain (bus driver) and other locals whilst saying “Farang…farang…!“. I wish I could forget that embarrassing moment, being laughed at by a lot of people! Lol. 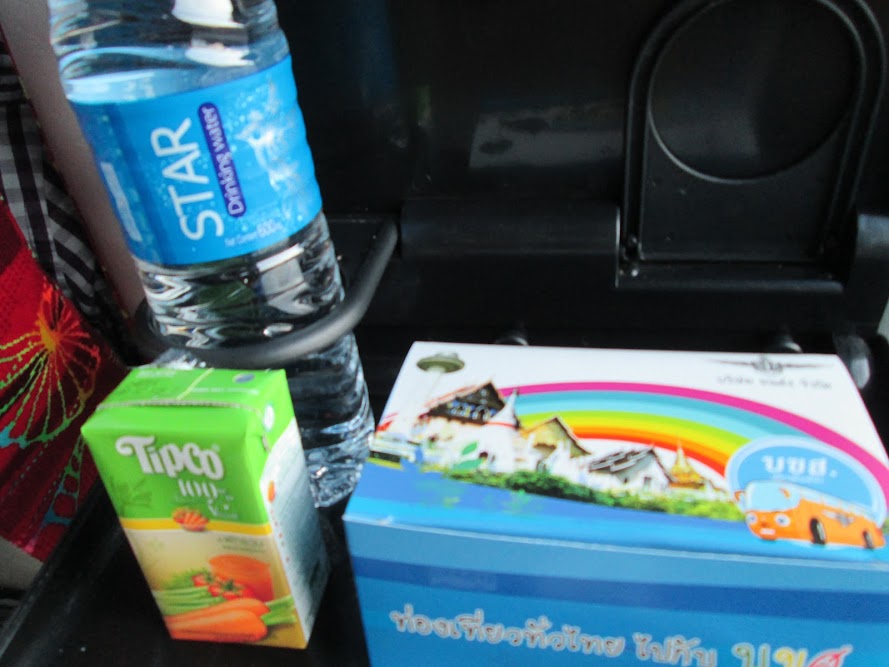 Anyways, as soon as I entered into the bus, I was given a blanket and my early light dinner. 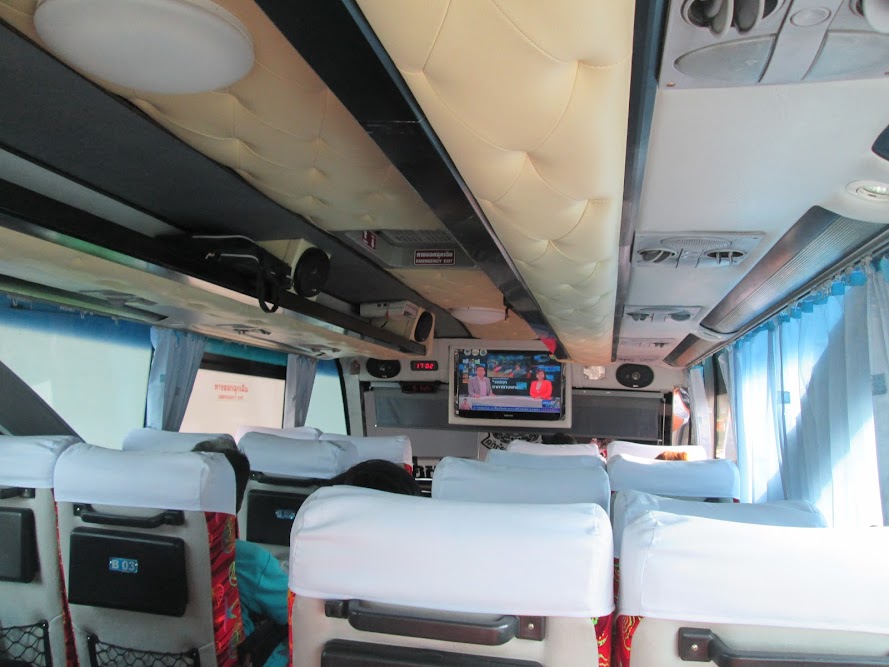 This is what I love about Thai long haul express buses. They have stewardess to help you, food, blanket. I decided to eat later and just stared out of the windows looking out, where the landscape changed from bustling city into suburbs into rural areas and the skies turned darker as the bus moved. 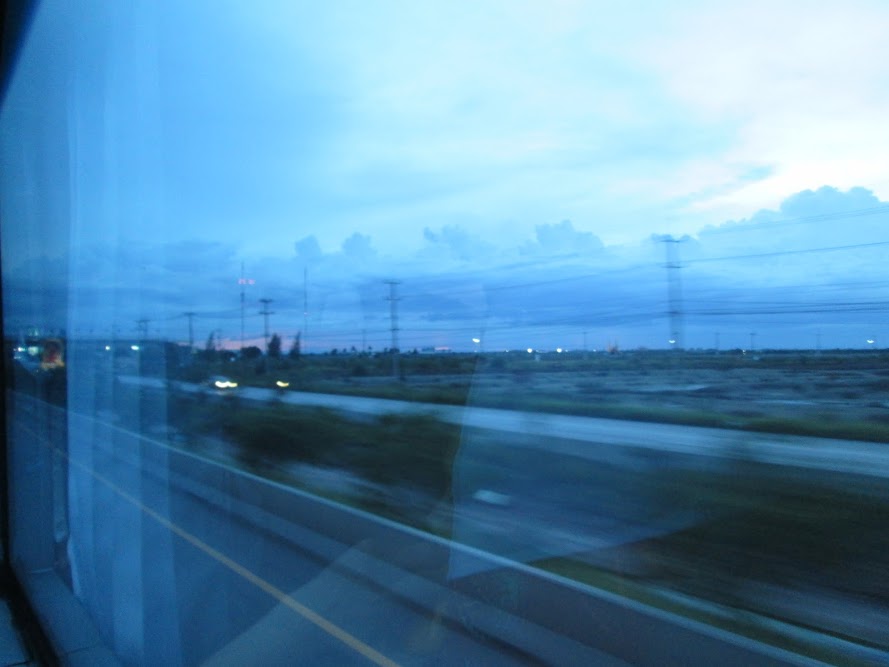 It was dark when the bus left Bangkok city and after a few hours, I had the doughnut given earlier before finally dozed off, only to wake up later to see that it was still far from my intended destination. 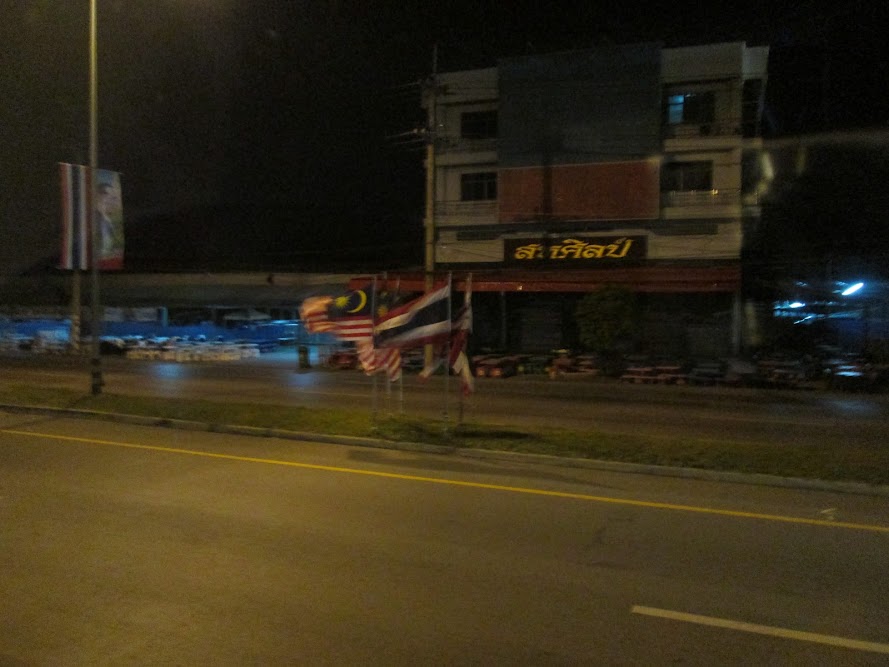 I was using a newly bought Iphone 5 during this whole journey. I used the phone to take some photos, to Facetime my friends and to see my estimated location via the Map apps. Unfortunately, I lost the phone a few months after this trip. I carelessly left the phone on the ice cream box at a local grocery store in Malaysia, only to be taken by a guy who promised me to return the phone to me later in the night, but it did not happen, of course. One of the saddest moments of my life.

“It’s hard to breath, now you’re gone
It’s hard for me, to move on

For some, it’s just another day
For me, I’ll have to find my way