15 things to do in Labuan, Malaysia

Labuan is one of the three Federal Territories in Malaysia and the only Federal Territory in East Malaysia. It is well-known as an offshore financial centre. Sometimes, people tend to bypass Labuan since they do not know what to do in Labuan. In this post, I will share with you 15 things to do in Labuan on a short visit. If you plan to visit Labuan on a 3 days 2 nights visit, the following are the itineraries which you can follow. Upon arrival and getting the rental car, drive your way to the World War II War Memorial, also known as the Labuan War Cemetery. This memorial honours the fallen who had fought hard during the World War II against the Japanese. Most of the personnel buried here were from the Indian and the Australian Army. Two sections demarcating the origins of the personnel are visible. The War Memorial is one of the best things to do in Labuan since we can learn more about the war that happened during the 1940s and pay our respect to the fallen.

After visiting the War Memorial, head over to Raff Restaurant for lunch. This restaurant serves many local delicacies and it also serves the most delicious dishes for mixed rice. You will be spoiled for choices at this restaurant. Raff Restaurant is situated at the city centre. According to my sources, they have moved to a new location since 2017 at the Old Ferry Terminal, opposite the Alliance Bank. Check out their ratings on Trip Advisor here.

Pray or Pay a Visit to Masjid Jamek Labuan 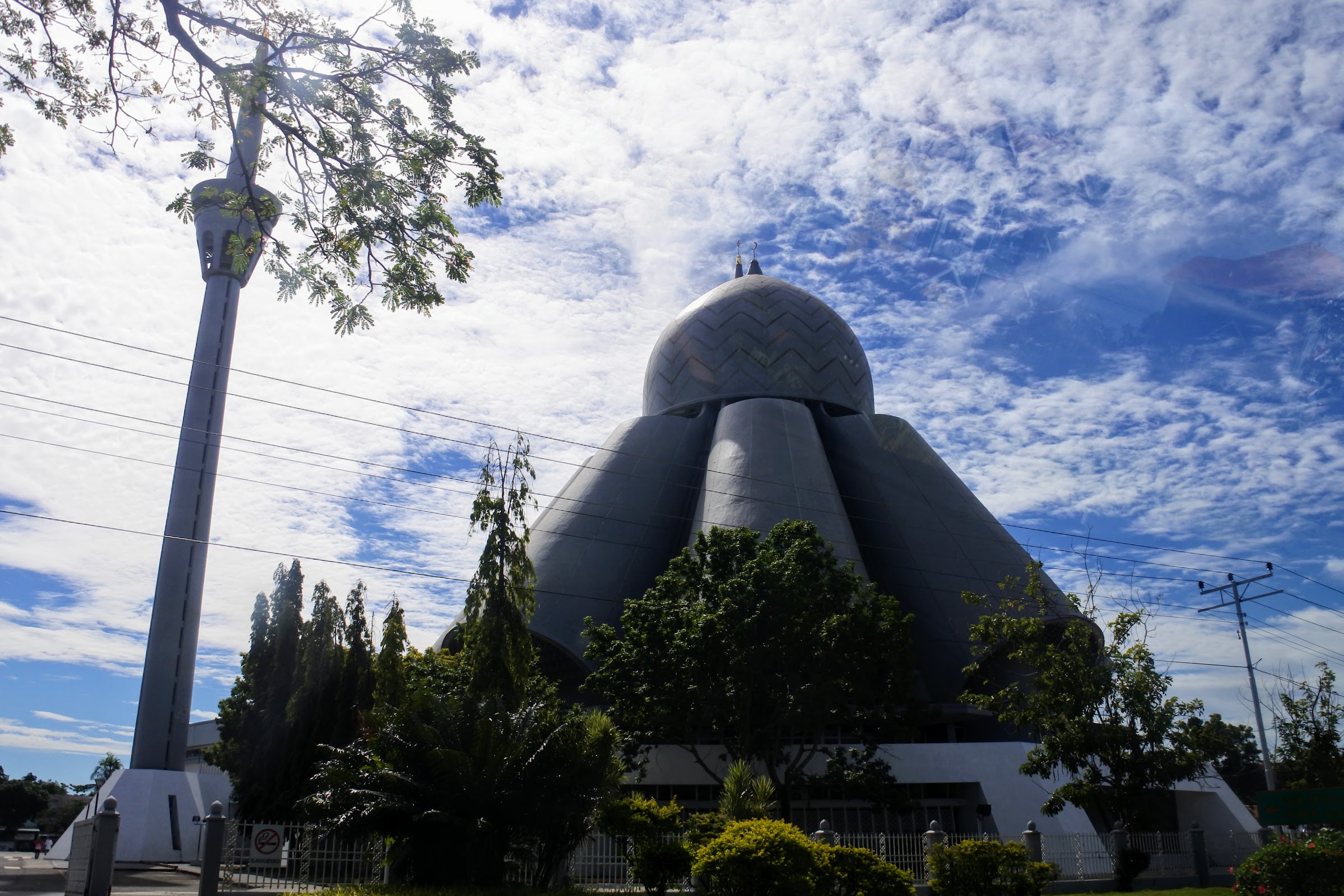 Masjid Jamek An-Nur or Masjid Jamek Labuan is the only mosque in the Federal Territory of Labuan. Despite being built way back in 1988, the mosque exhibits futuristic designs which attract curious onlookers. If you are a Muslim, you can pray at this mosque after your lunch at Raff Restaurant. For the others, consider a visit to this mosque as one of the things to do in Labuan. After visiting the mosque and maybe resting at the hotel, you can visit Peace Park in the evening. Peace Park is situated at Layang-Layangan Village, nearby the Japanese Surrender Point. Peace Park was built to remember and renounce the horror of wars. There are many pavillions and bridges around the park’s compound. Ironically, it was built by the Japanese, the very power which started World War II in this part of the world.

Go for a stroll at Layang-Layangan Beach Nearby the Peace Park is the Layang-Layangan Beach, a beach frequented by the locals during the weekend. The beach has white powdery sands and scenic views of the sunset. There are ice cream vendors where you can get an ice cream and go for a stroll at the beach. The beach has an unobstructed view of the South China Sea which make watching the sunset a pleasant experience. 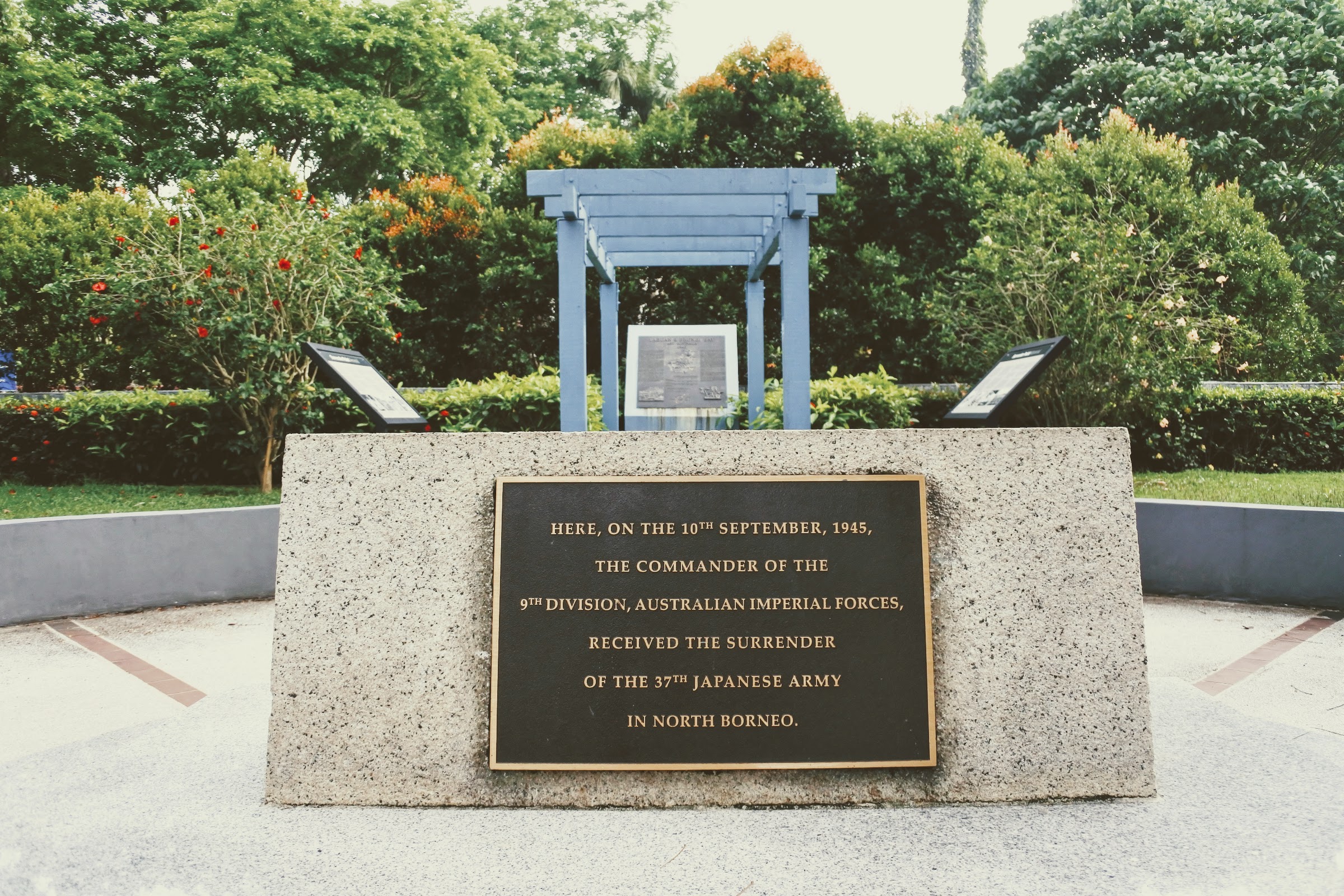 A few walk away from the Layang-Layangan Beach and the Peace Park is the Japanese Surrender Point Memorial. The memorial was built to commemorate the surrender of the Japanese Army in Labuan after their defeat in World War II. Apart from a commemorating stone, there are also info boards erected to explain briefly the event that unfolded towards the end of World War II. The Memorial is definitely one of the things to do in Labuan especially for history buff. 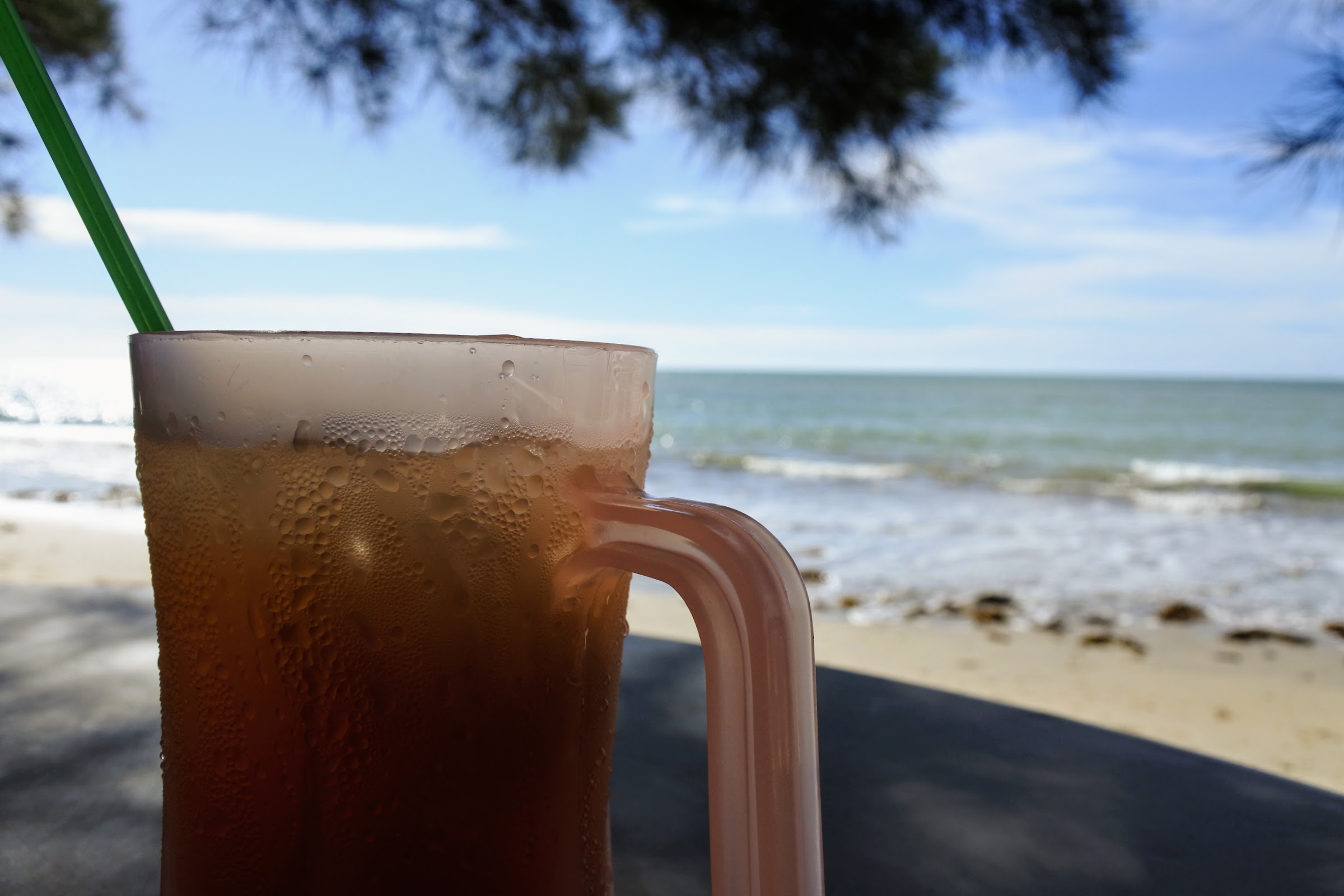 From Layang-Layangan beach, drive your way for dinner at Batu Manikar Beach. Batu Manikar Beach is a beach awarded by the United Nations as being one of the cleanest beaches in the world. There is a food court on the beach and having dinner while allowing the breeze to brush your face is the best way to end your first day in Labuan. 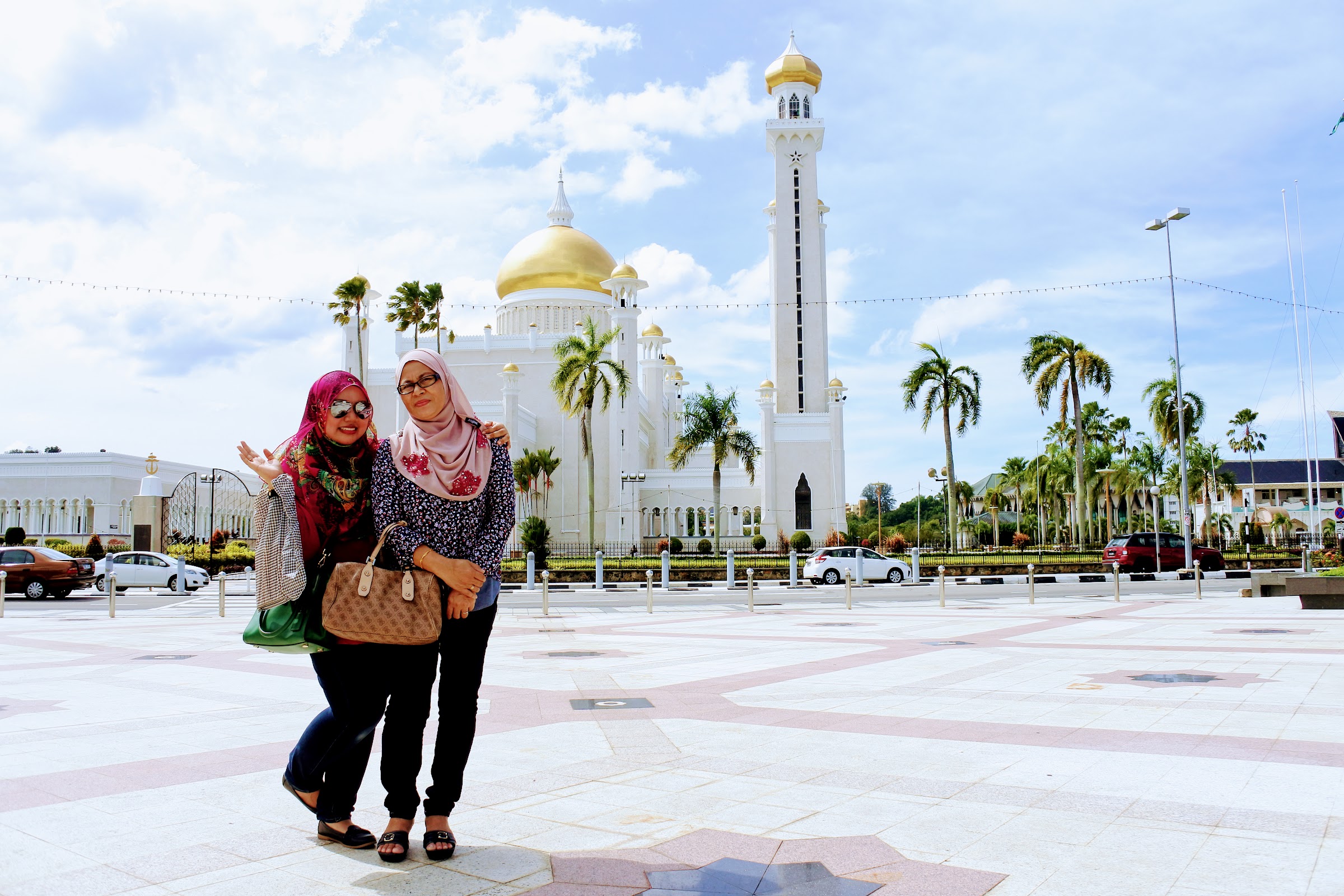 On your second day, start your day early by having a day trip to Brunei Darussalam. Ferries to and fro Brunei are  frequent. From Labuan, it only costs RM 35 for a 2 hour journey to Brunei. Upon reaching the Serasa Ferry Terminal, just hop on any taxi available (since bus services are irregular). Since 2016, taxis in Brunei must use meter. So, no haggling is necessary. Just be sure to head back to the ferry terminal before the last ferry to Labuan leaves! Upon your return to Labuan, drive your way to Anjung Ketam for dinner. Anjung Ketam offers fresh crabs and cooked upon order. However, you have to arrive early since the crabs sold out fast. If there is no more crab available when you reached Anjung Ketam, fret not. I can propose an alternative. Read here on things to do in Ipoh Day three. Your last day in Labuan. You can start the day early and visit the Chimney. The Chimney is a remnant of the past but the actual purpose of this structure remains a mystery. Apart from the Chimney itself, there is also a museum worth visiting to see how the Chimney exists and how it was excavated. Then, proceed your way to Labuan Birds Park. The entrace fee is RM 3 for locals and RM 5 for foreigners (as at 2018). It has three large domes where different species of birds called home. Although small in size, the park has a vast collection of birds and it is an unforgettable experience seeing the birds flying inside the dome freely while we learn about them from the info signs available. 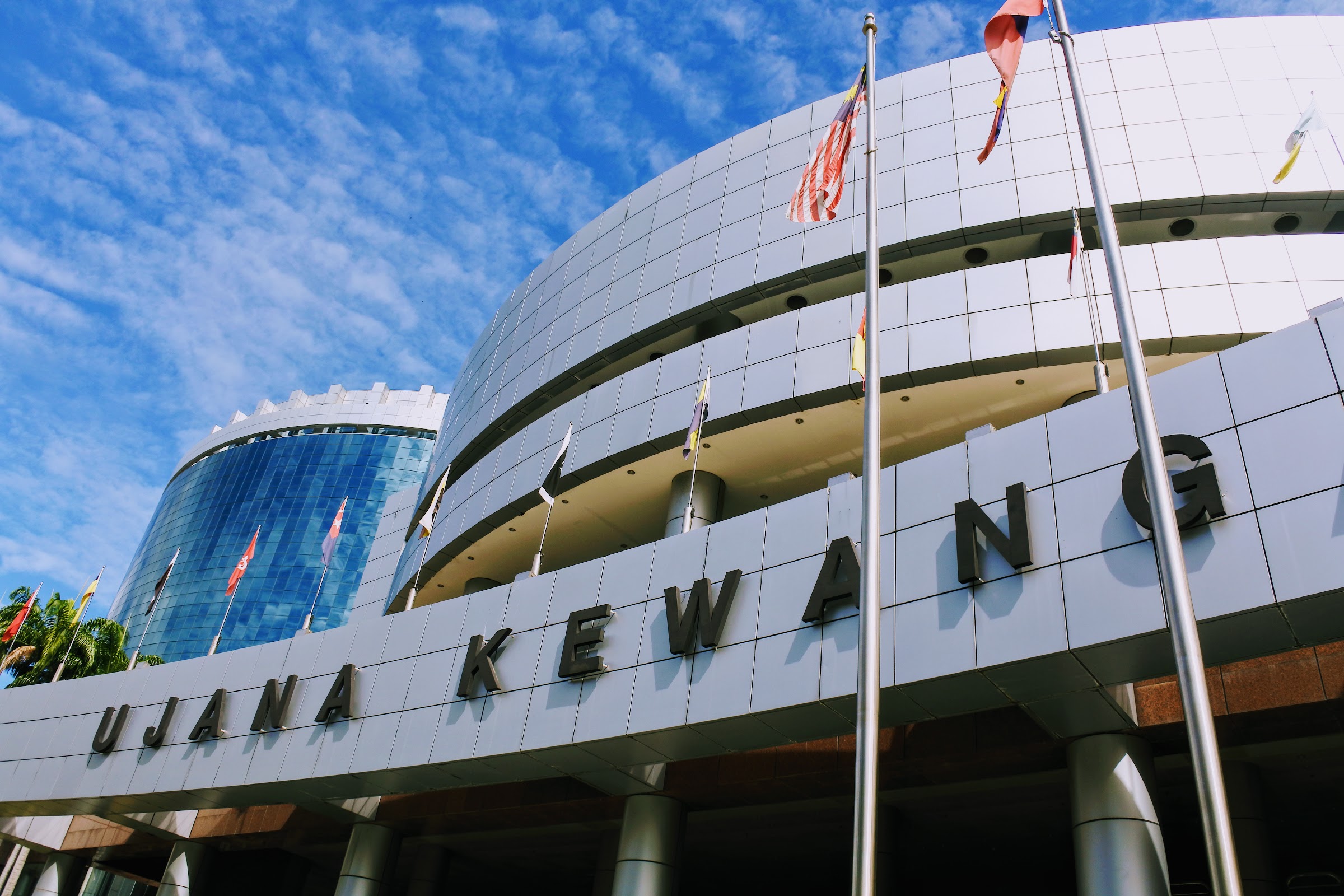 Ujana Kewangan is the home to many offshore financial institutions in Labuan. It is also the place where people go for duty free shopping. Before you head to the airport, it is worth a stop to buy some chocolates for your family and friends since shopping here is duty free.

Finally, before you leave your rental car at the airport, drop by the new Central Market to buy some souvenirs for your loved ones. The ground floor of the Central Market sells dried food such as keropok, amplang and dried fish. On the first floor, there are many shops selling pearls, fridge magnets and clothes.

When I visited Labuan with my mother and wife, we decided to stay at Aifa Hotel, Labuan. It is a very reasonably priced hotel and the buffet breakfast was amazing. If you plan to stay at Aifa Hotel or any other hotels, consider booking for your stay at booking.com by searching in the search box below. Apart from cheaper price, booking.com also offers great discounted rates at any participating hotels.

You might also want to watch a video on 15 things to do in Labuan posted in my Youtube channel below: 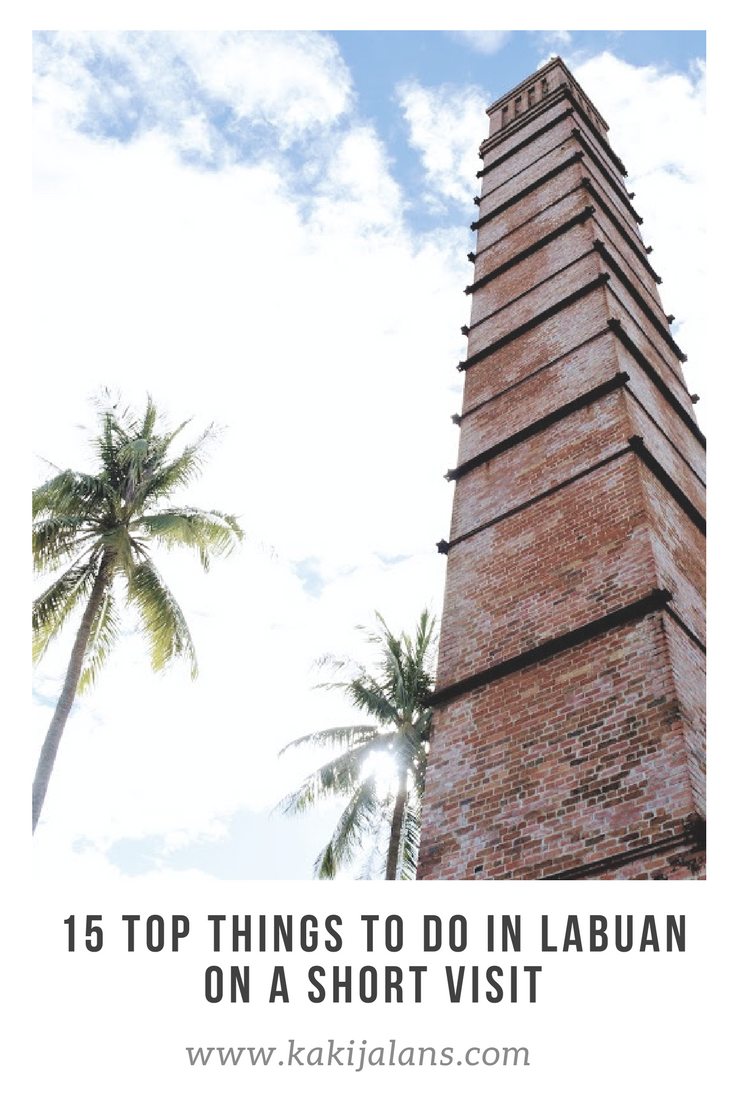 Disclaimer: This post contains affiliate links to booking.com. This does not cost you extra but when you make a booking using the link, I’ll make a tiny commission to support web hosting costs. Thanks a lot for your support!

Backpacking to Europe – Part 39: Amazing Things to do in Bruges