The start of our journey – Day 1

“Ashley is getting married, let’s have a boys-only bachelor party road trip!”, Fazli quipped as we were having our lunch break one day. “Where to?“, Vellan asked. “Thailand-lah!!“, I proposed, thinking that Thailand is the best choice since the highways there are free. Initially, we thought of going to Hat Yai only. Then, I remembered, Phuket is connected to the mainland via a bridge. So, we decided to have a road trip to Phuket! 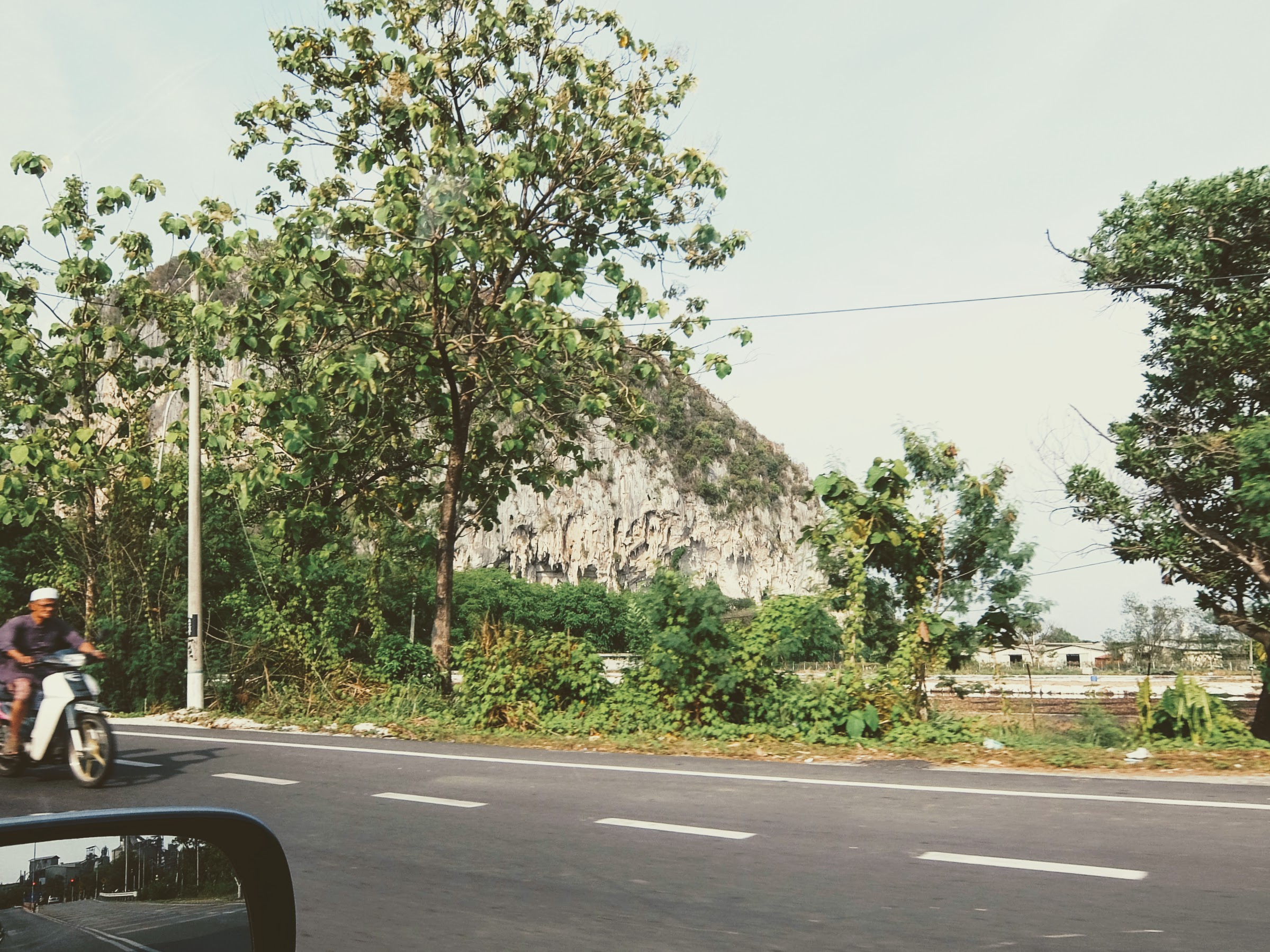 I had a meeting in Kangar, Perlis – the smallest state in Malaysia on the day that we were supposed to go. So, Fazli, Vellan, and Ashley fetched me at the hotel in the afternoon before we drove all the way to the Padang Besar border. It was the first time that I had ever travelled on the road heading towards Padang Besar. The view is serene as compared to what we usually see back in Kuala Lumpur. 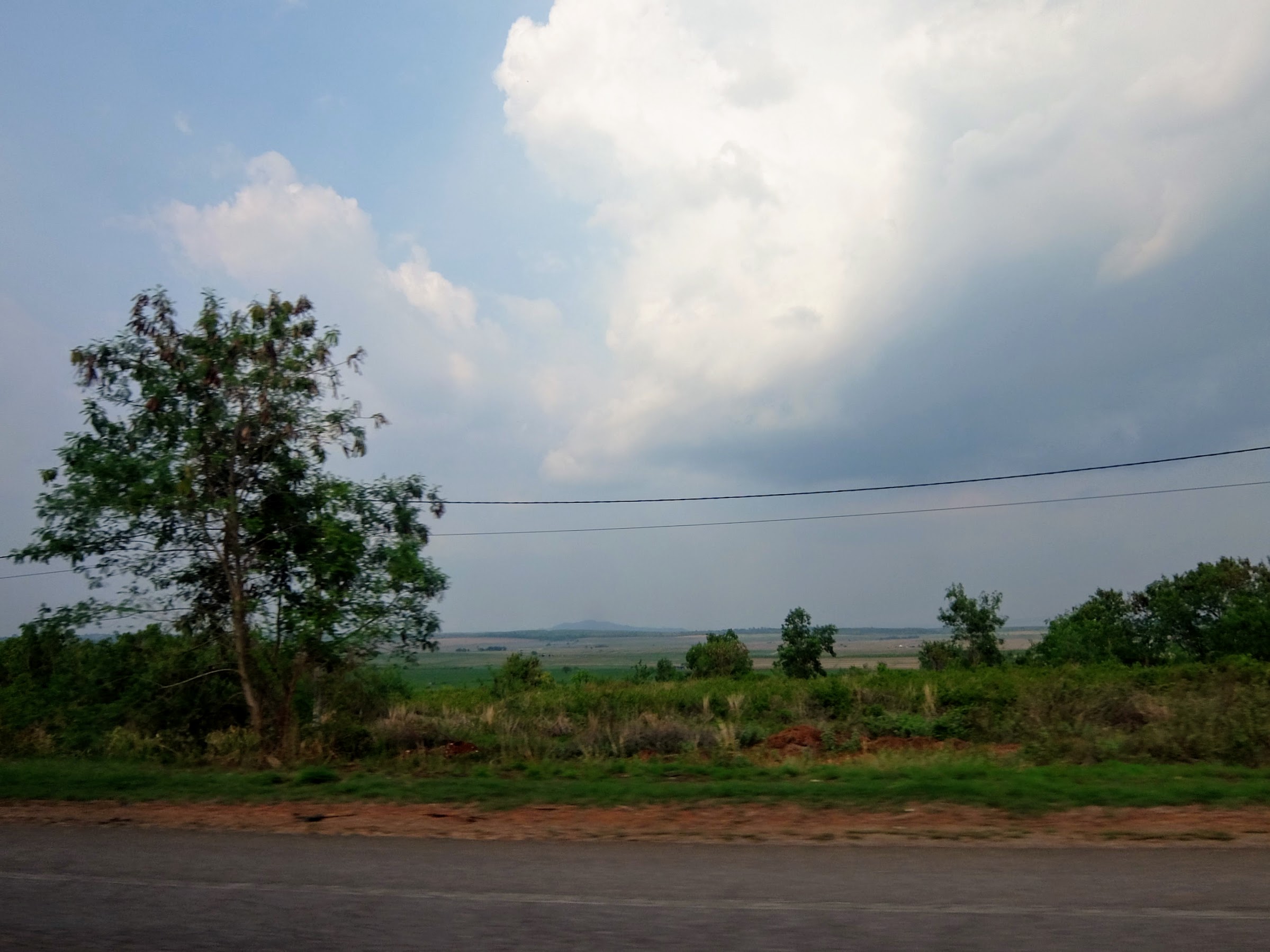 What do you need to drive into Thailand?

Before the border, there are shop-houses selling Thailand insurance. Ashley parked the car by the roadside to buy the insurance. It is compulsory to have a Thai insurance when driving into the kingdom. Apart from the insurance, other things that are needed to drive into Thailand are:

Check out the forum on Trip Advisor here. After he had purchased the insurance, we went to Padang Besar border checkpoint to clear the immigration. The Thai side of the border is small. Since we did not have the white arrival form ready, we were stopped by the immigration officer. “White form?“, he asked. “No, we don’t have“, Ashley answered worriedly. “You go there, in front, park your car and come back“. the officer told us. When he said in front, he actually meant the main road IN Thailand. In other words, we were already in Thailand before we cleared immigration! Nevertheless, as good Malaysians and to avoid being shot at, we walked back to the immigration counter, did the necessary including clearing customs and walked back to the car. Road trip to Phuket, here we go! 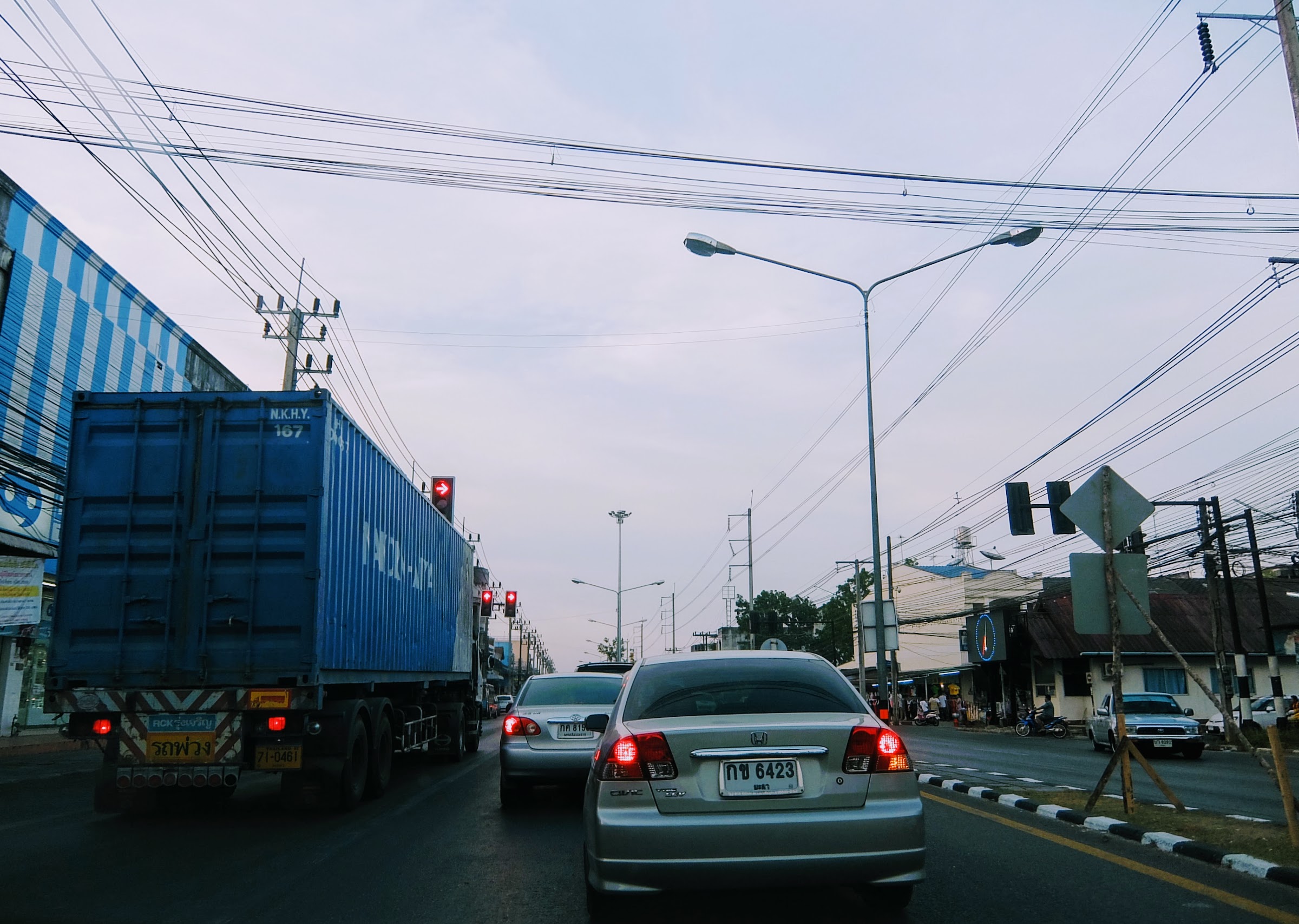 We got lost during our road trip to Phuket – in Hat Yai!

As soon as we started driving back, we lost the Internet connection. So, we did not have Google Maps or Waze and definitely no GPS device. We relied heavily on signboards and meticulously looked for Hat Yai. Initially, it was smooth but as soon as we arrived at the edge of the city, we got lost. We thought we were in the right direction only to realize that we were going farther from civilisation. 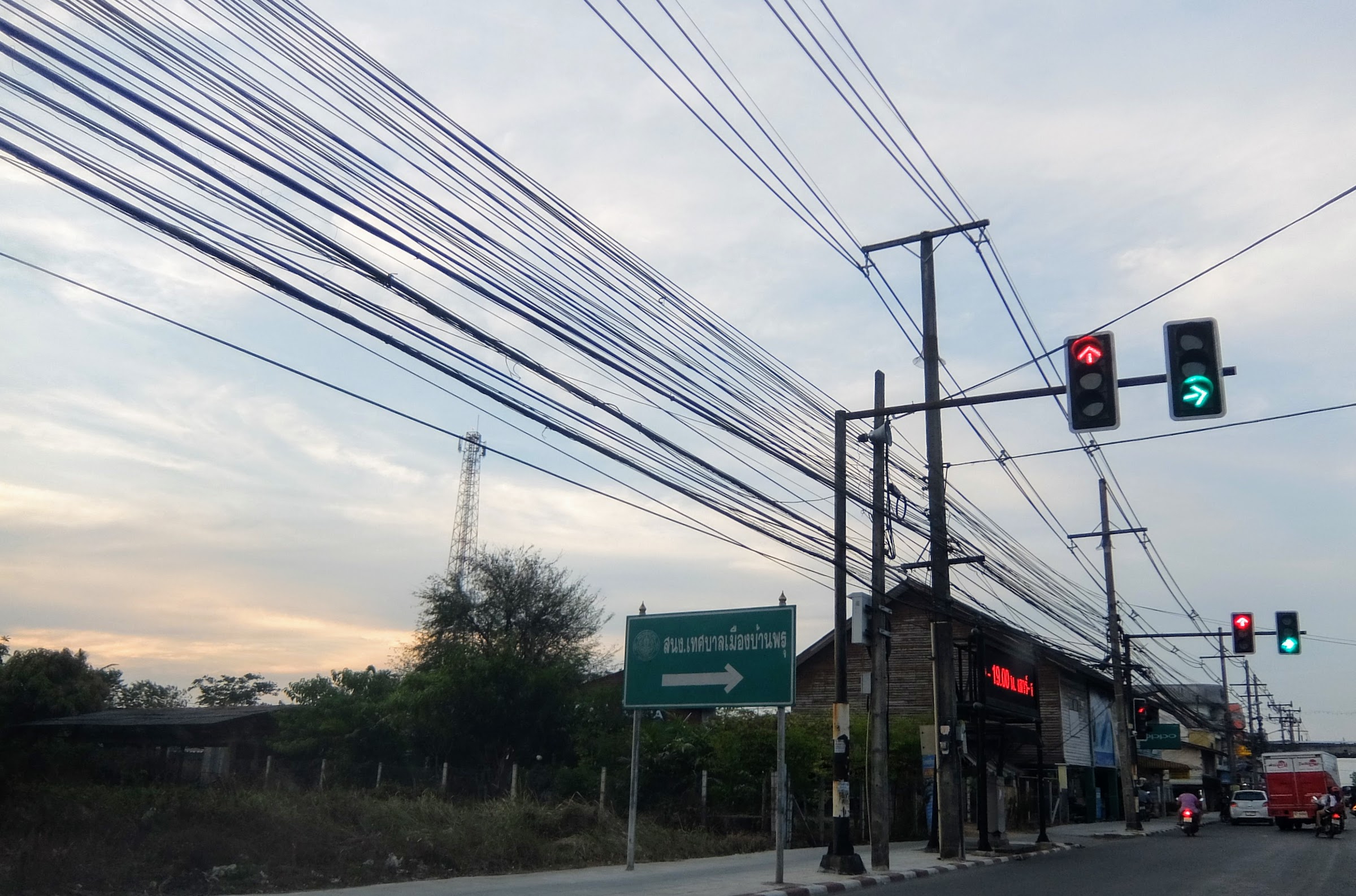 Although we planned to have a road trip to Phuket, we decided to call a night in Hat Yai since the journey from Hat Yai to Phuket is around 4 hours. We planned to avoid driving at night. Since none of us knew where we were at, we stopped by at a Shell petrol station to ask for direction.

Vellan and I volunteered to go inside and asked the girl manning the counter. “Excuse me, which way is it to Hat Yai?“. I asked politely. However, my question was answered with a blank stare and a shyly smile. I asked again – the response was still the same. Finally, I asked “Hat Yai? Where?“, then only she tried to show me but language barrier hindered the communications from becoming fruitful. 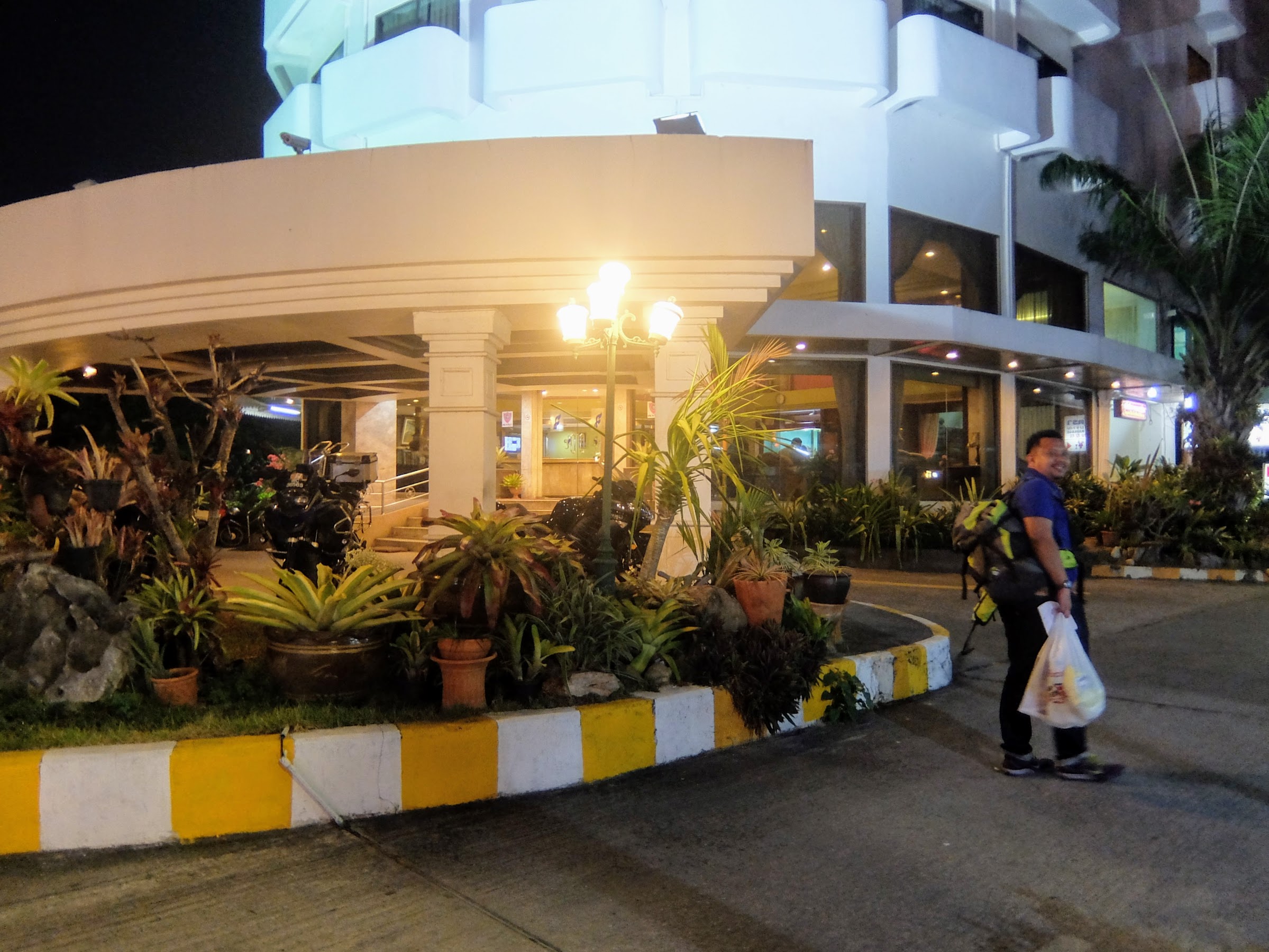 Gladly, there was a guy who speaks impeccable English and he showed us the way. We thanked him a lot before proceeded to drive. In my mind, I was thinking that the Thais are so proud because they were never colonised by any power. Unfortunately, that comes with a price. They put a very strong importance on Thai language causing many ordinary people could not speak English.

Have you checked my solo trip to Thailand by train? You can read the posts here.

A night in Hat Yai

Soon after, we arrived at the hotel. The lights in the hotel were so dim. It was quite eerie but since I was there with the boys who are so happy-go-lucky all the time, I felt great despite the earlier eeriness. We put all our luggage and we walked outside and flagged a tuk-tuk.

We got on the tuk-tuk to downtown Hat Yai. Downtown Hat Yai nowadays is like one of the Malaysian cities. Everywhere you go, there are 90% chances that the person whom you bumped into is a Malaysian. Our first stop was to get a local sim card which cost us around THB 200 for an unlimited internet usage. 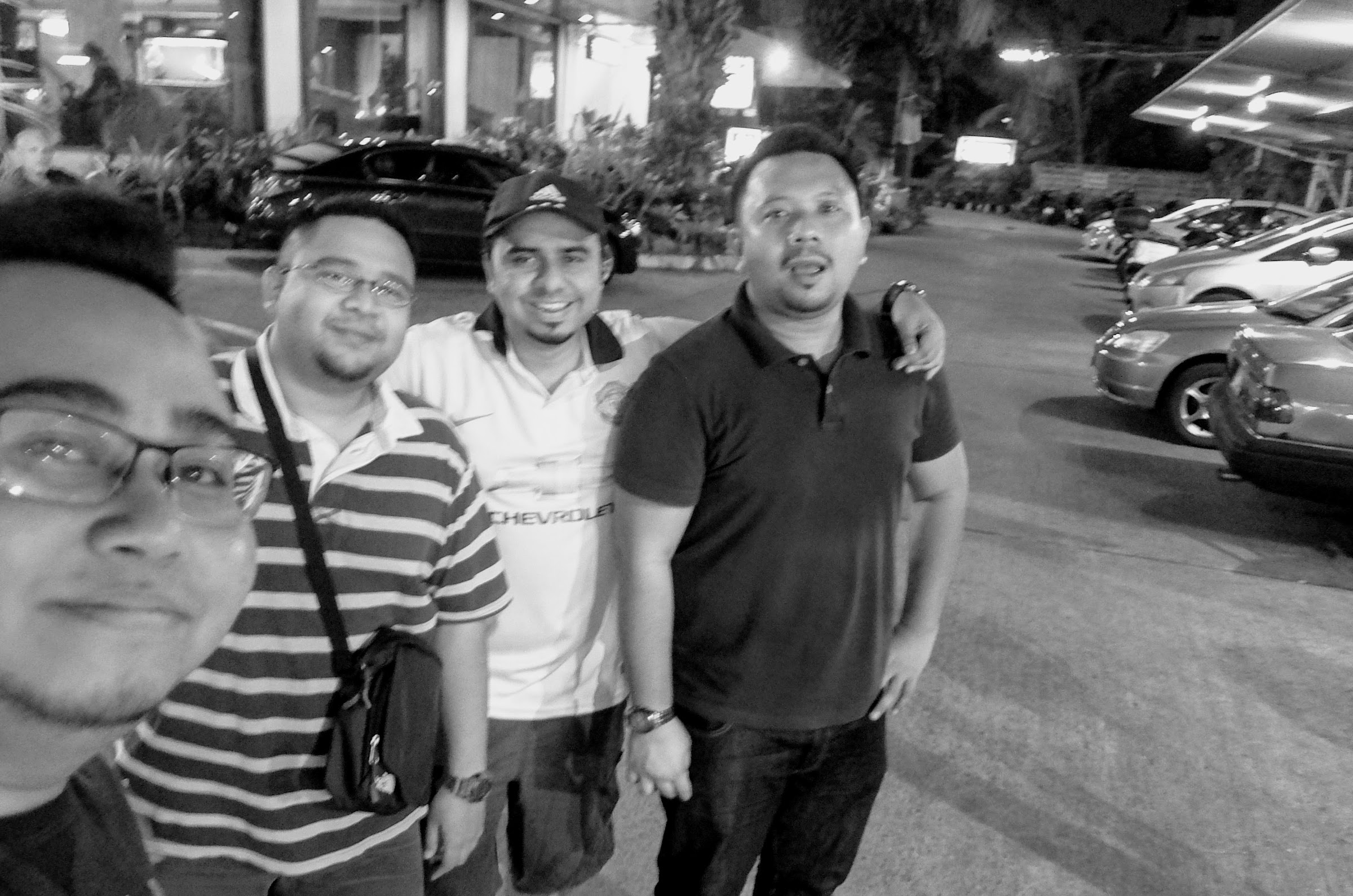 Since Ashley bought the sim, I did not. I asked him to switch on the tether function and voila – I was connected! As an 8 months newly-wed guy (then) it was utterly important for me to stay connected to my wife. 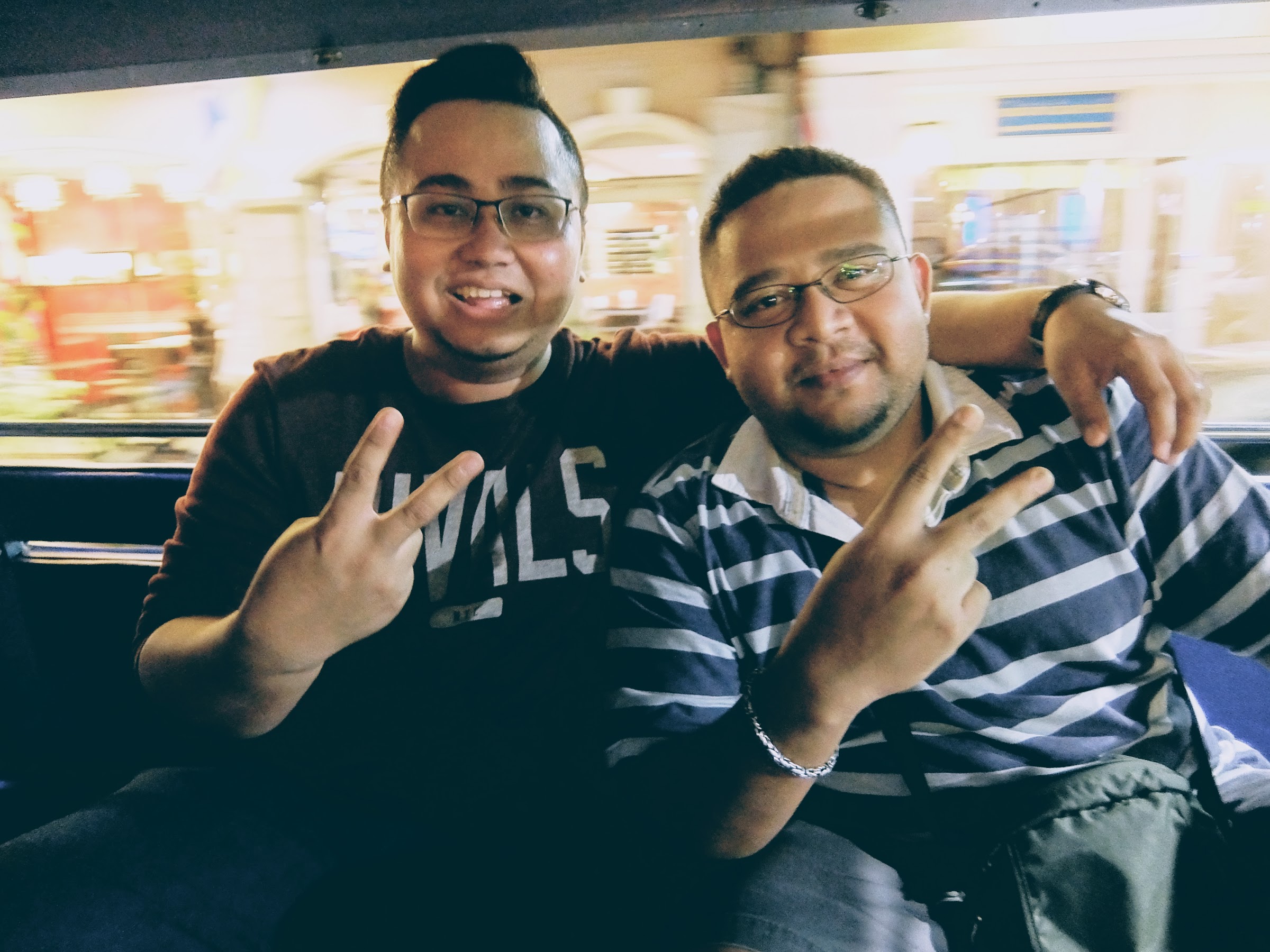 Influx of Malaysians in Hat Yai and the consequences

By then, we were all hungry. We went to the night market near the Lee Garden Hotel and had our dinner there. In my opinion, the price of food in downtown Hat Yai is ridiculously inflated due to the influx of Malaysians. Kuew Teow tom yam for THB 100? Too much. But we still ate since there were not so many choices there. 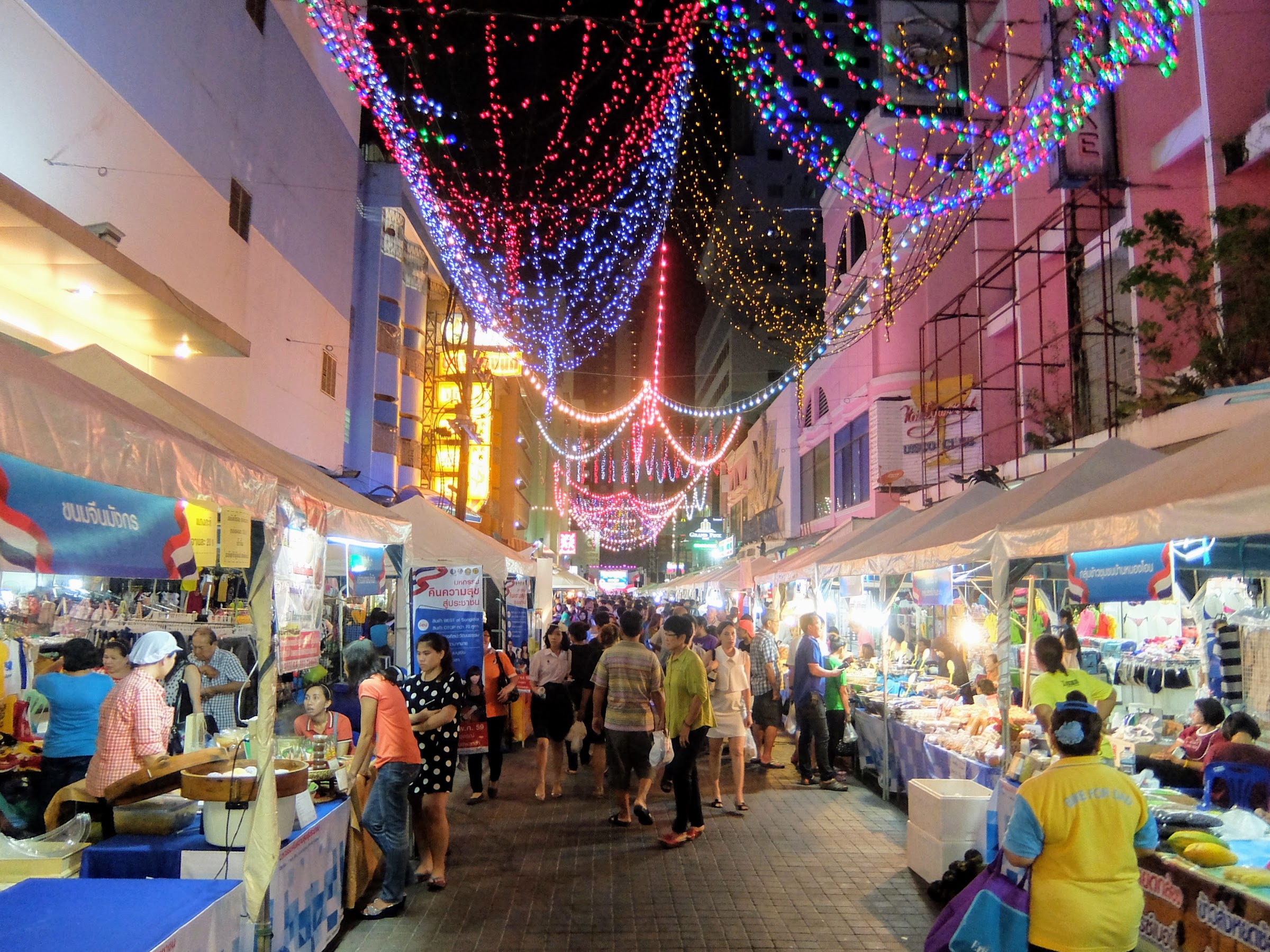 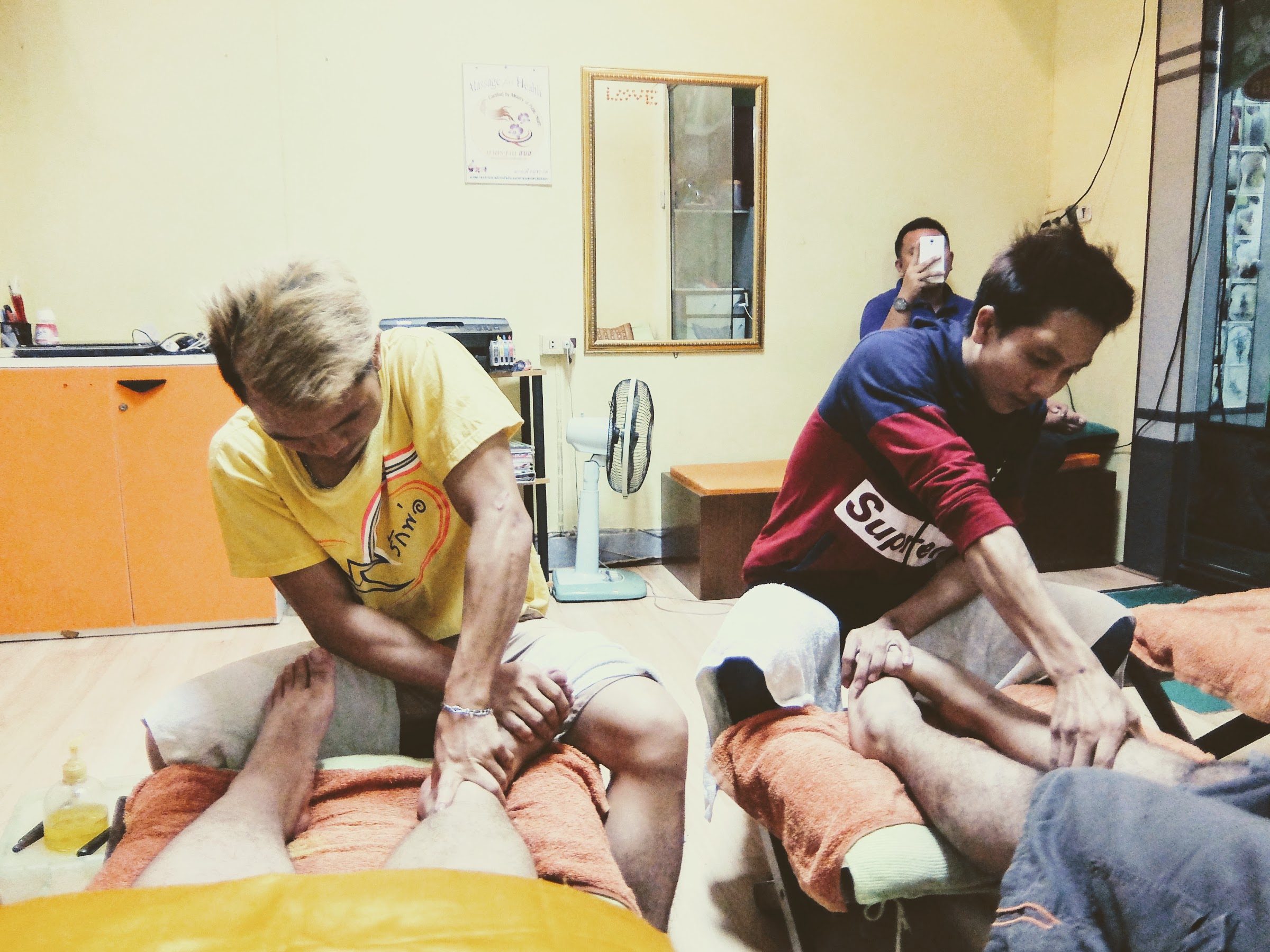 Again, due to the influx of Malaysians, almost all hair salons were converted into a massage parlor. We had a walk after dinner and everywhere we went, every junction we turned to, there will be at least one massage center. Since we had nothing else to do that night, we had a foot massage before returning back to the hotel and called it a night. Tomorrow, our road trip to Phuket will continue. 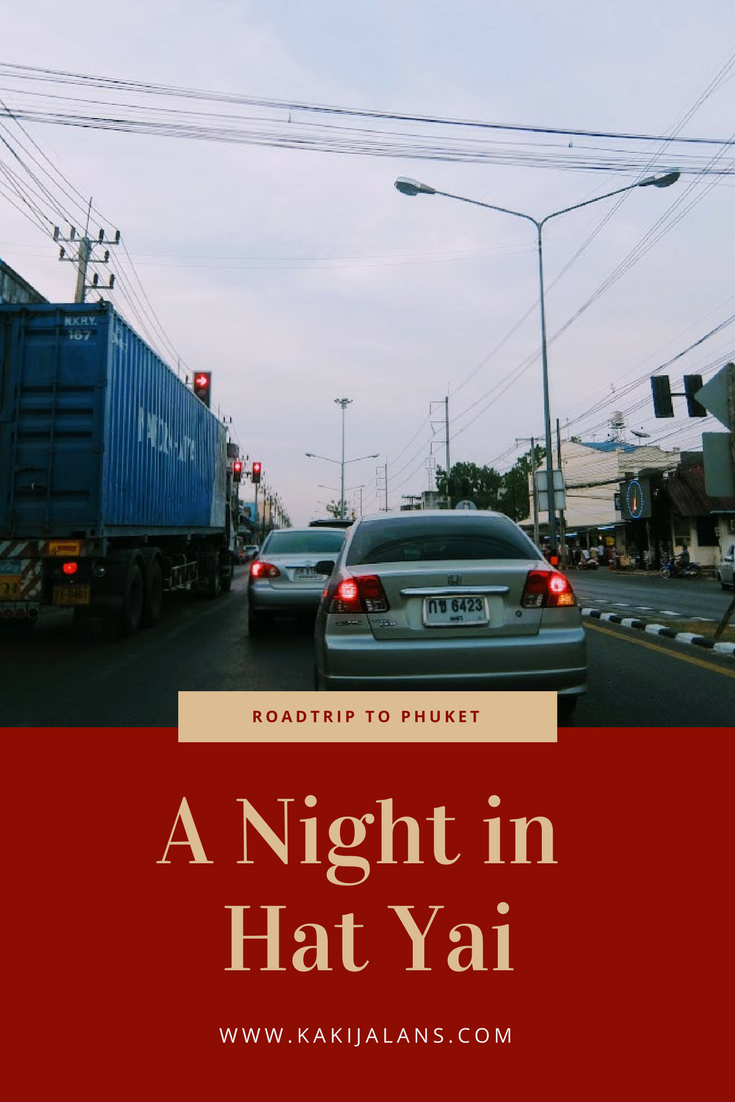 Backpacking to Europe – Part 41: Final Day in Brussels and Europe