Driving to Phuket – a long journey

The next morning, we woke up super early to find breakfast before continuing our journey. Driving to Phuket is not an easy feat. It is not for the faint-hearted. I mean, who wants to drive more than six hours on a long road. Before we proceeded, we voted on the turn to drive and Ashley being the celebrated and the owner of the car was chosen as the first driver.

Have you missed Part 1 of this road trip? Read it here! 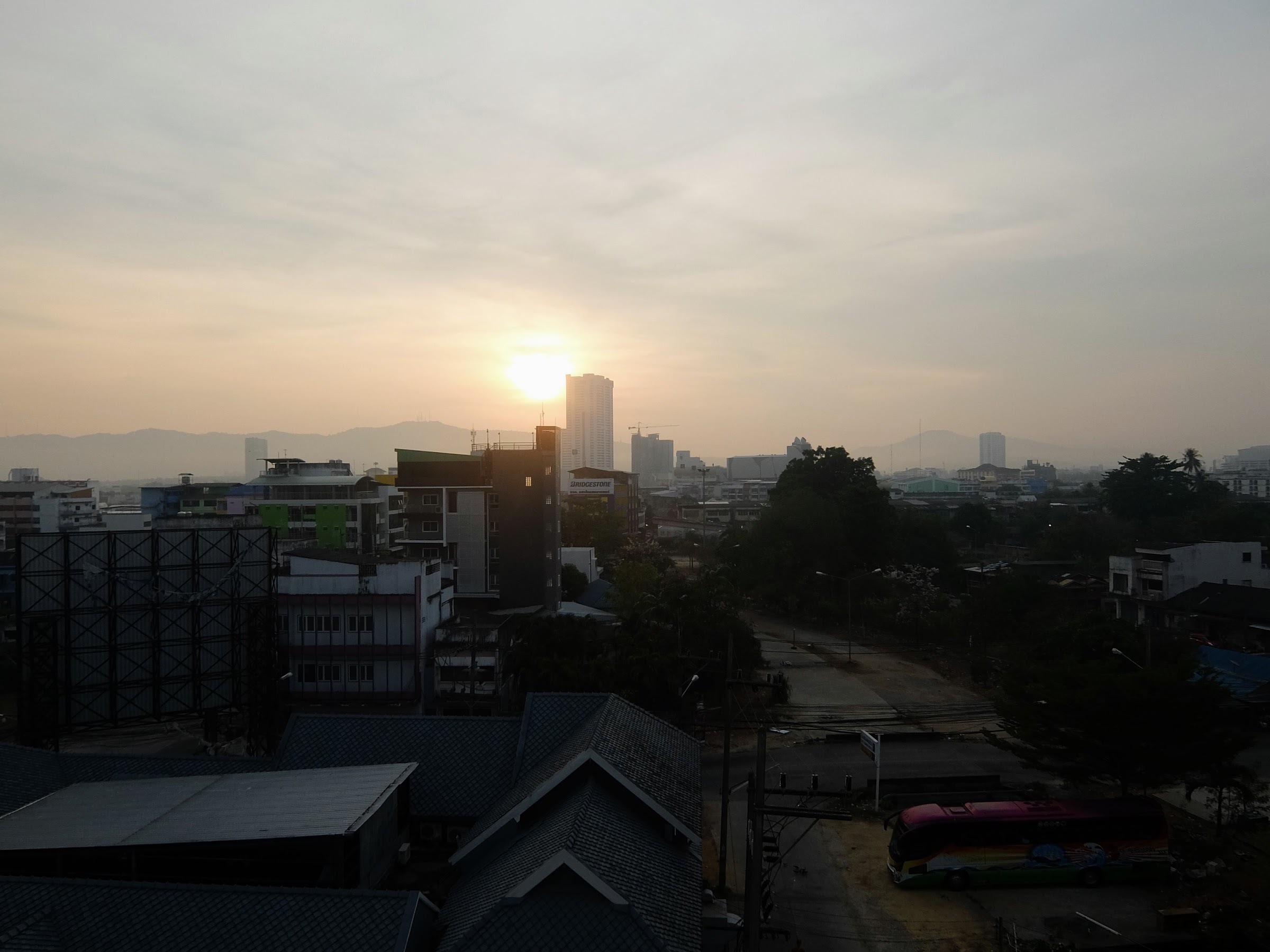 I was designated as the co-driver while Fazli and Vellan were the passengers. I switched on my WiFi and got my phone connected to Ashley’s personal hotspot. “What is the name of the hotel?“, I asked Fazli and he told me: Grand Sunset Phuket. I opened Waze and typed Grand Sunset Hotel. 400 km to go and estimated time of arrival – 3.00 pm. We departed Hat Yai at 9.00 am on the dot. I was so happy that I was not chosen as the driver for the first leg of our driving to Phuket journey. I fall asleep easily while driving and if I were to drive first, I may not be able to enjoy some of the views if I fall asleep. 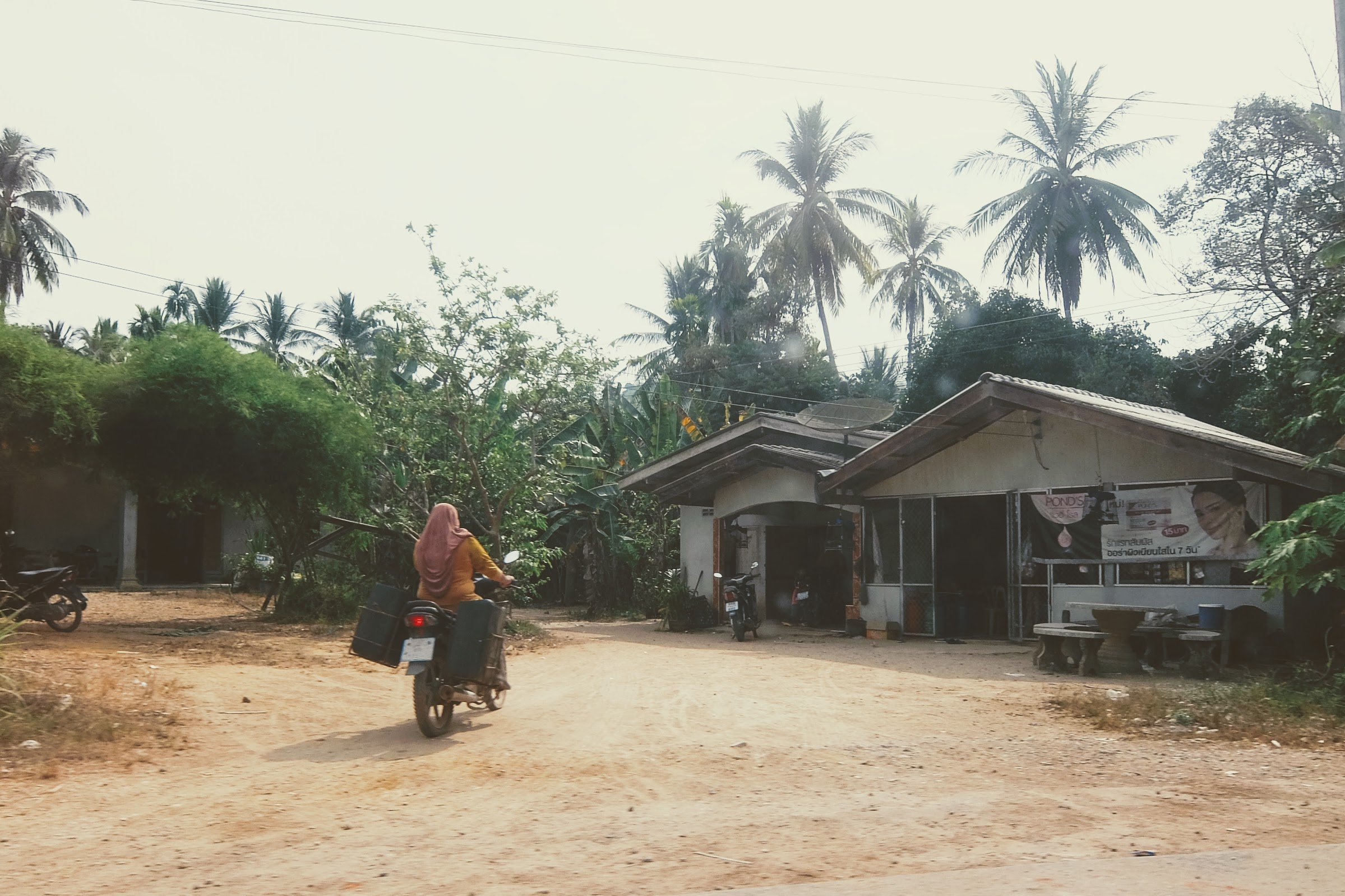 When we reached Trang, Waze asked us to “turn left“. We turned and from that moment onwards, we were off the main road. The view was very different, very serene. We drove past several kampong houses and although it looked like Malaysian’s kampong, at the same time, it was different. Suddenly, Vellan told us that he needed a toilet break. There was no toilet nearby so we continued driving until we saw a mosque. 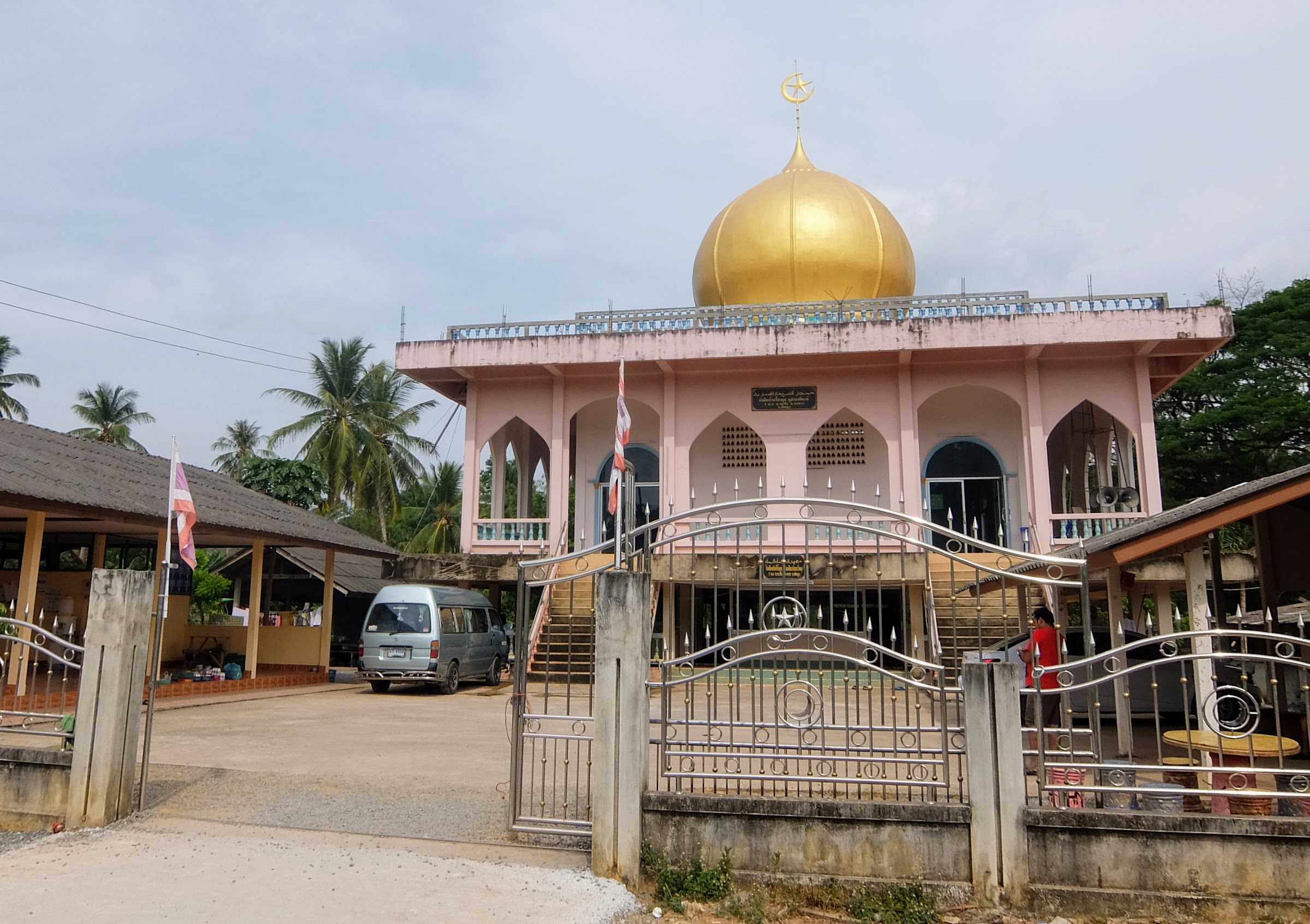 Vellan was wearing a short and he is a non-Muslim. However, as he walked into the mosque to go to the toilet, one of the local residents greeted Vellan “Assalamualaikum“, the common greeting among Muslims to say “peace be upon you”. Gladly, Vellan spoke Malay fluently and he is accustomed to this kind of greetings. “Waalaikumussalam“, he replied without being awkward. 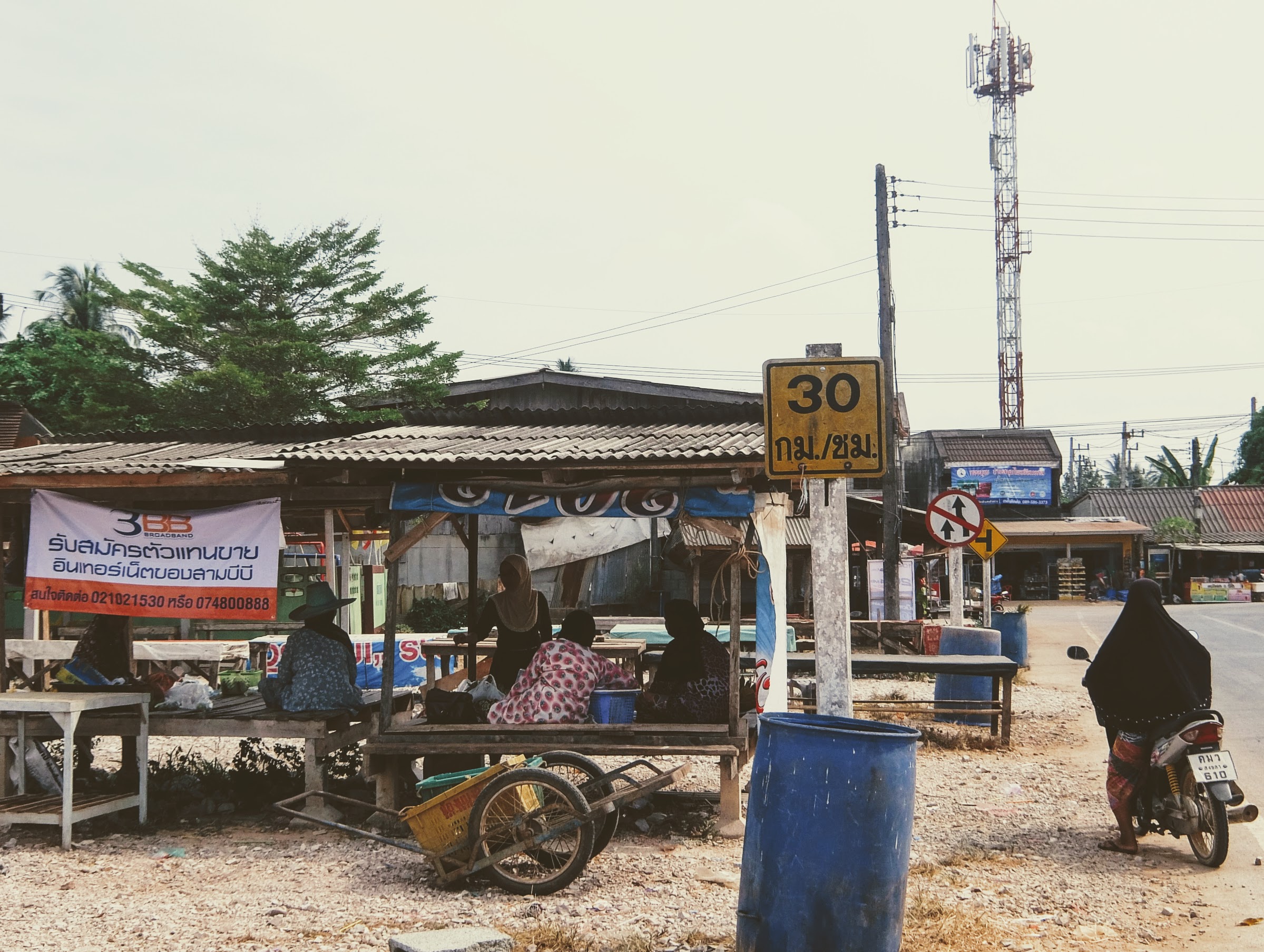 I did not go to the toilet. So, I stood outside, looking around and mesmerizing myself with the view and watching the locals having their daily life. 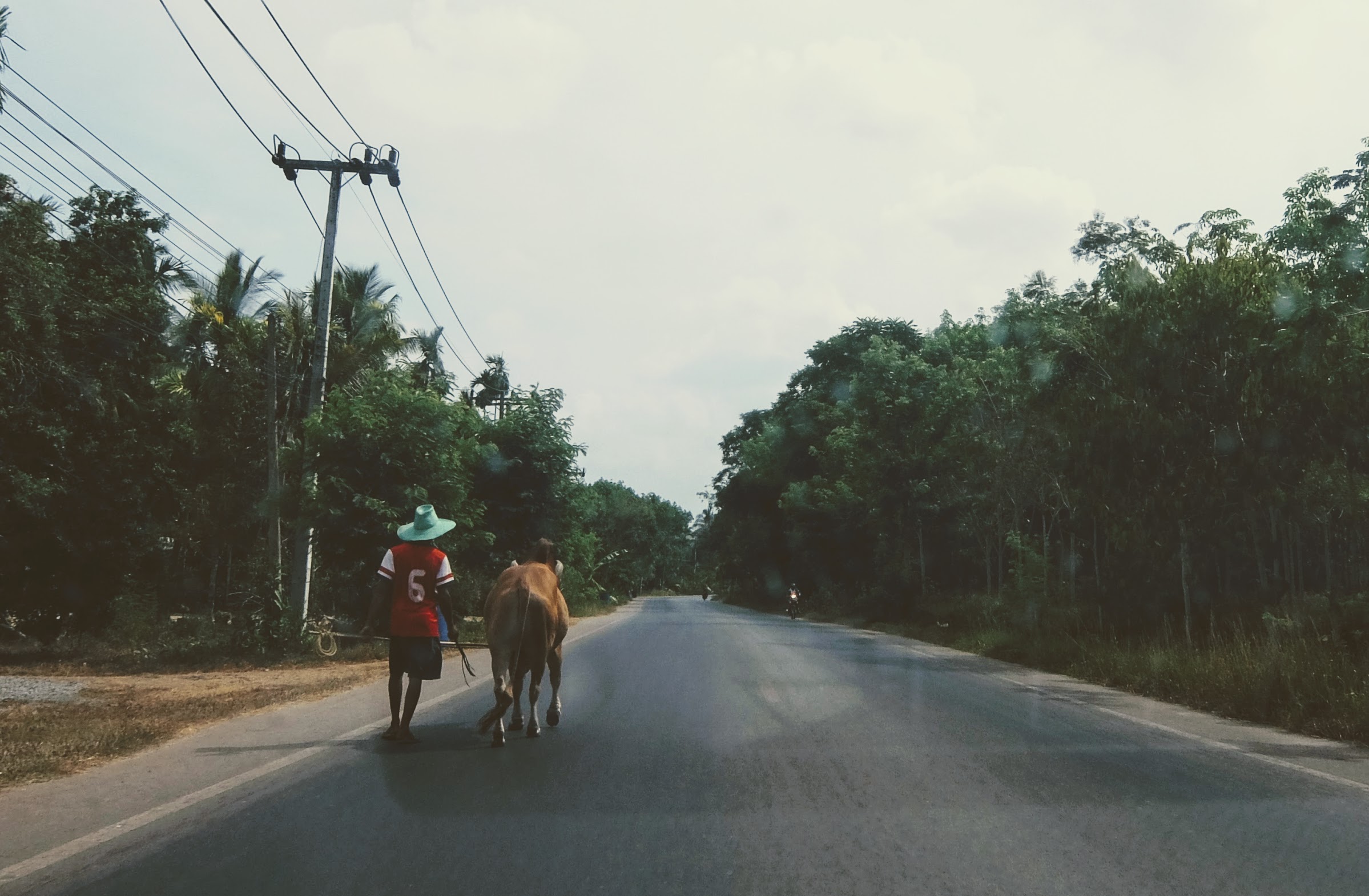 Back to the main road and seeing beautiful limestone hills

Soon, we continued driving to Phuket. This time around, Fazli drove. After several kilometres of driving on the rural road, finally, we were back on the main road. It was an easy drive except for several kilometres where they were expanding the road. Red dirt was everywhere, flying into the air. 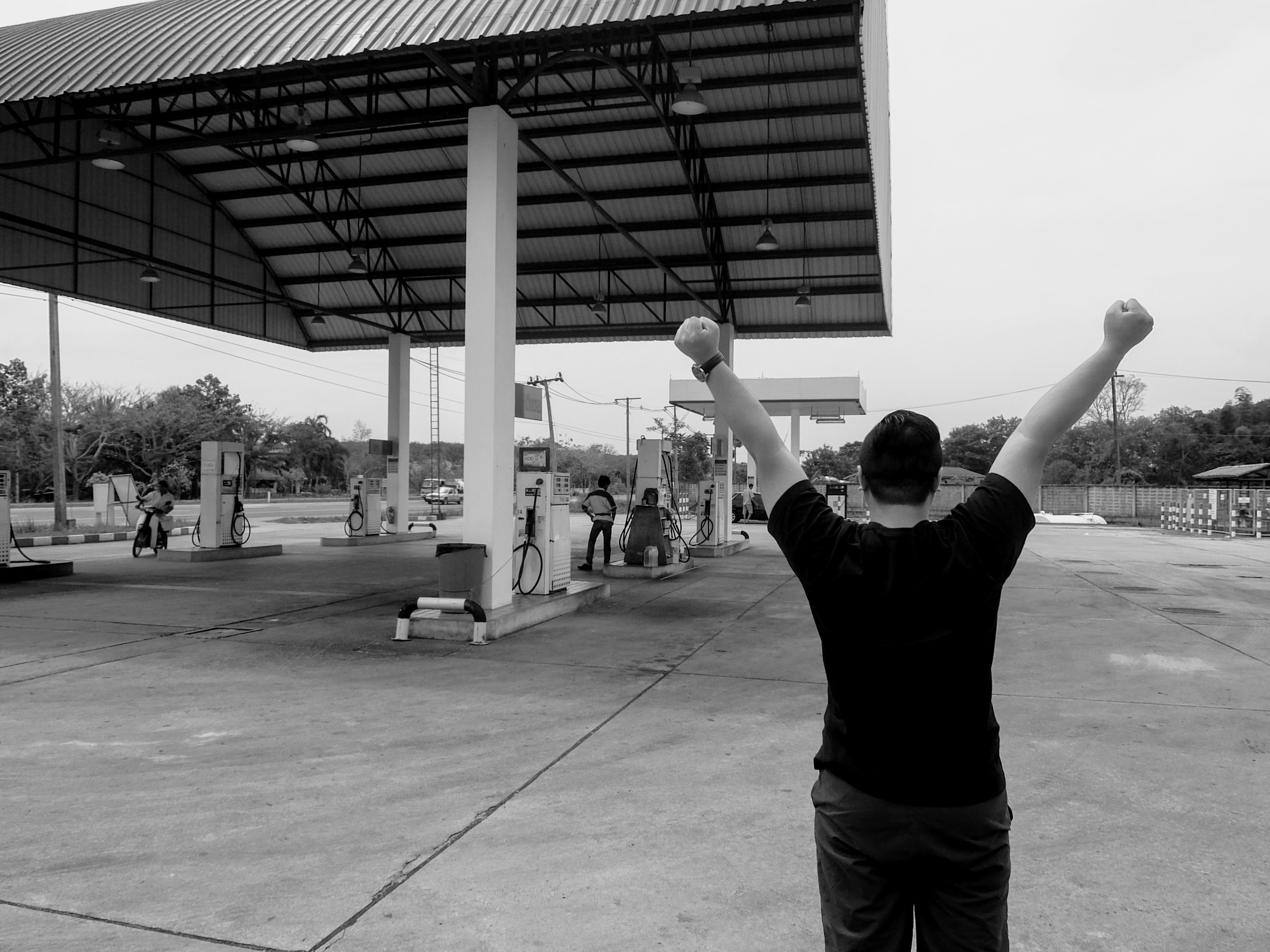 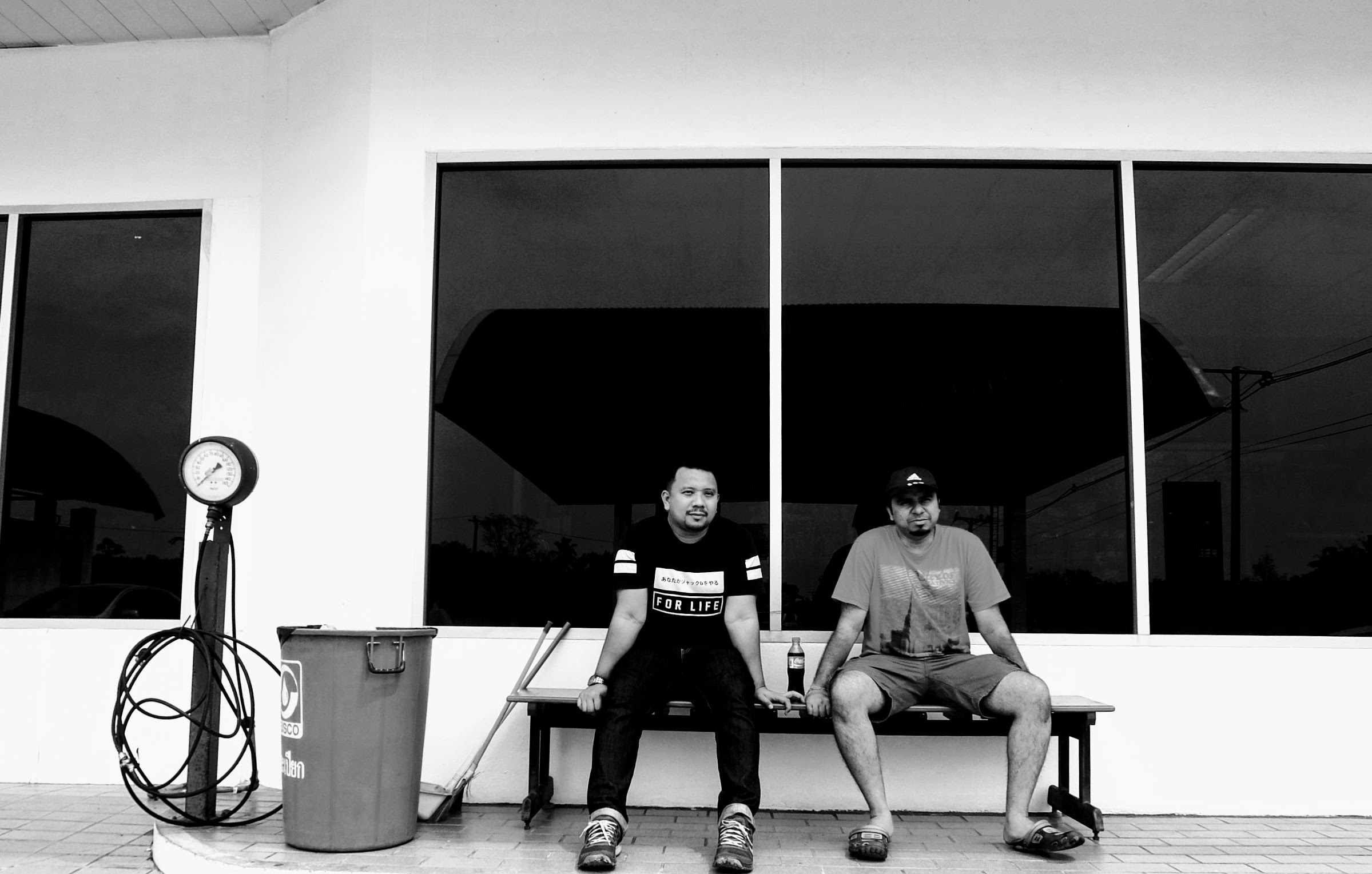 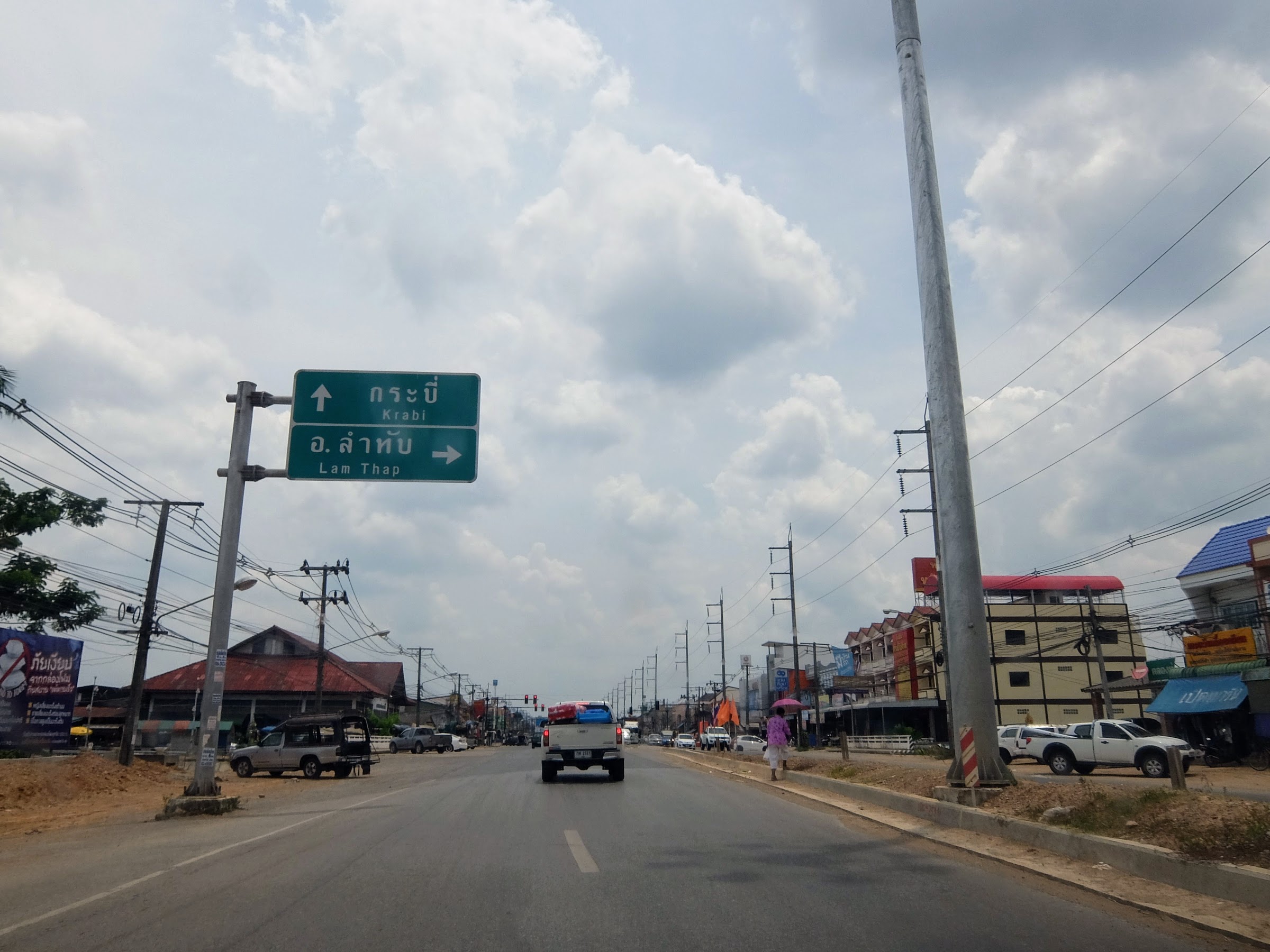 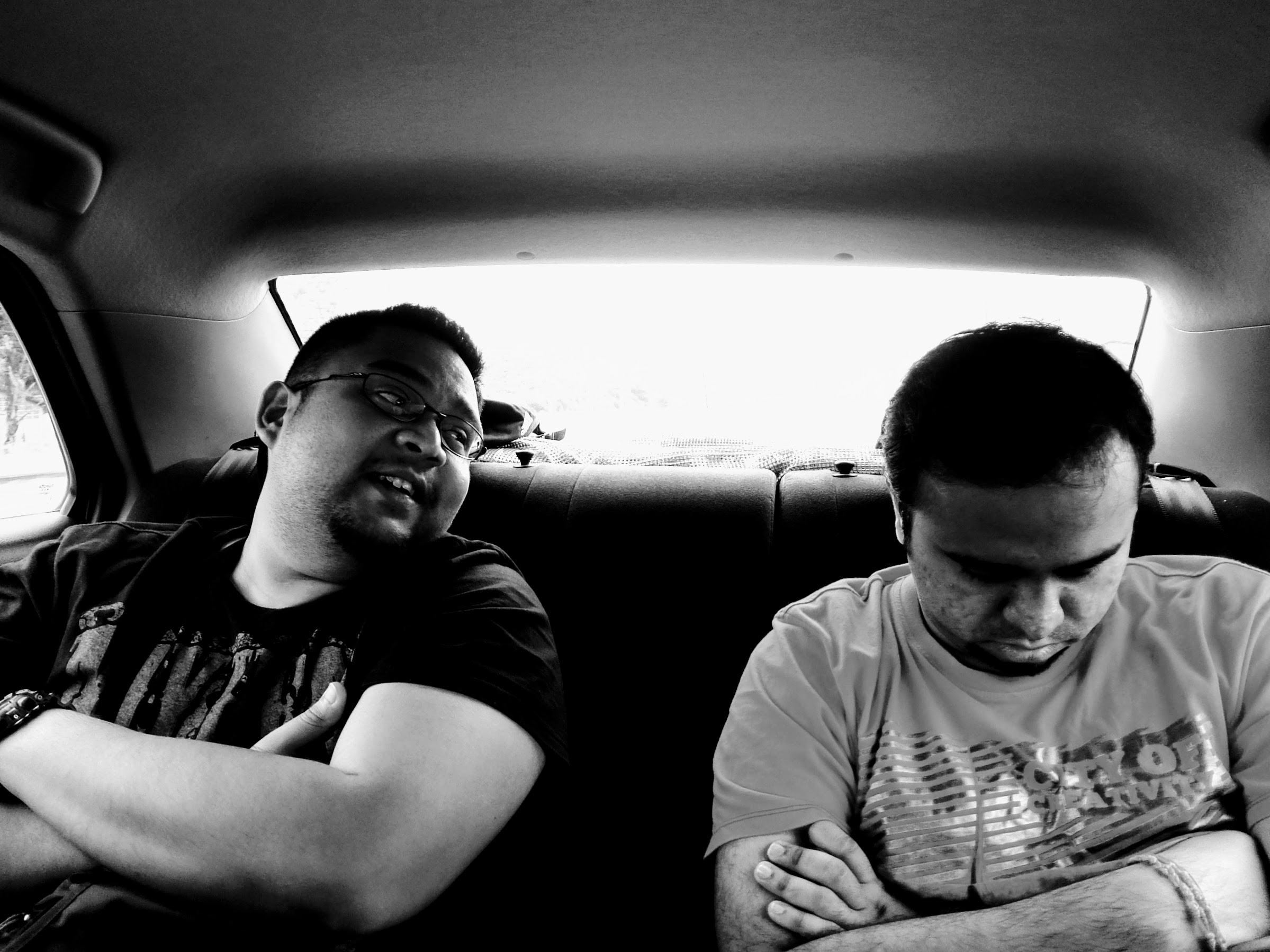 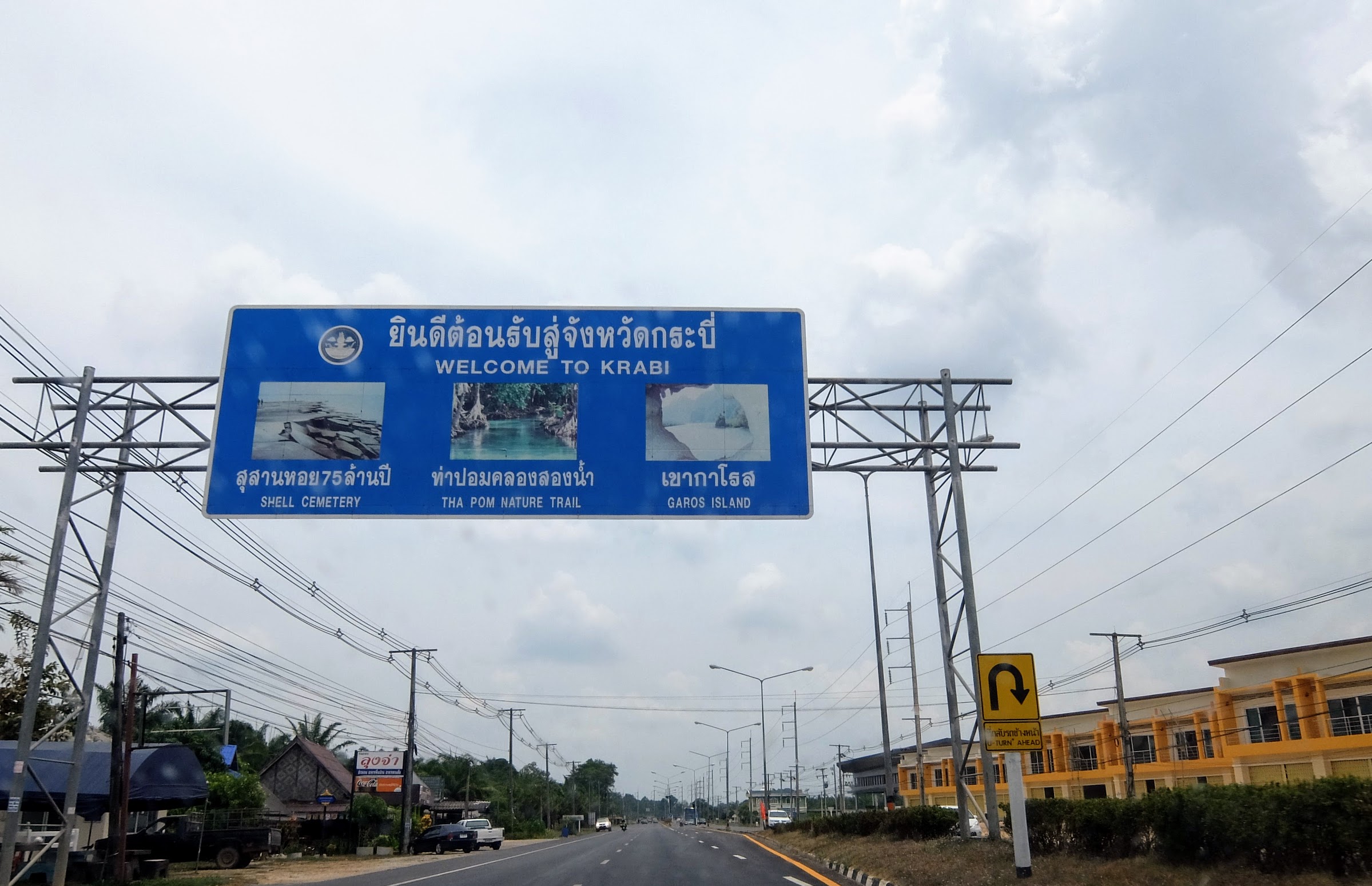 After several stops, Vellan started driving but he did not feel comfortable driving on a new road, so I substituted him. After we passed Krabi, the view was very nice. We could see limestone hills cropping along the road and on the horizon. It looked a lot like the hills as one is driving into Ipoh in Malaysia but here, they were closer and more majestic. 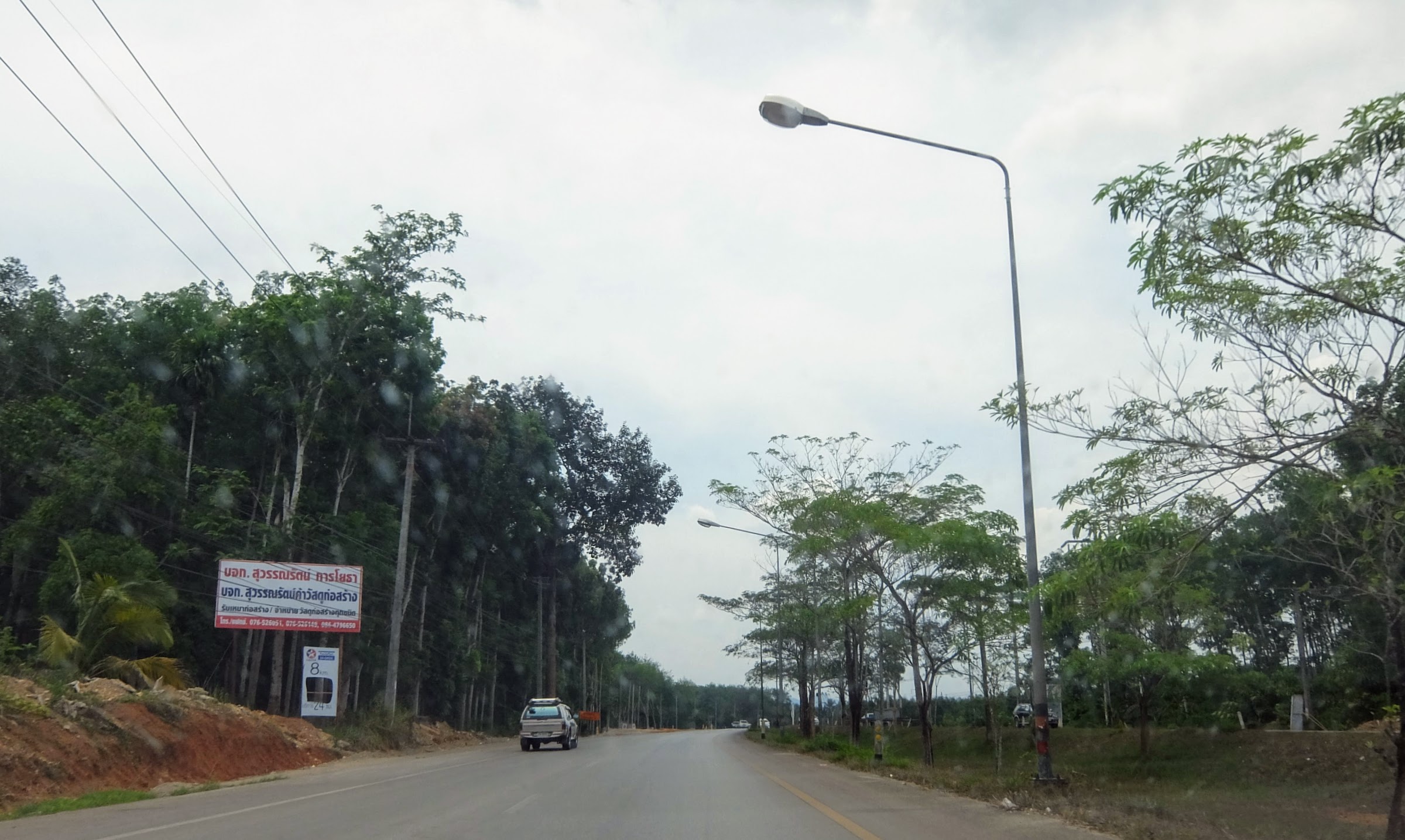 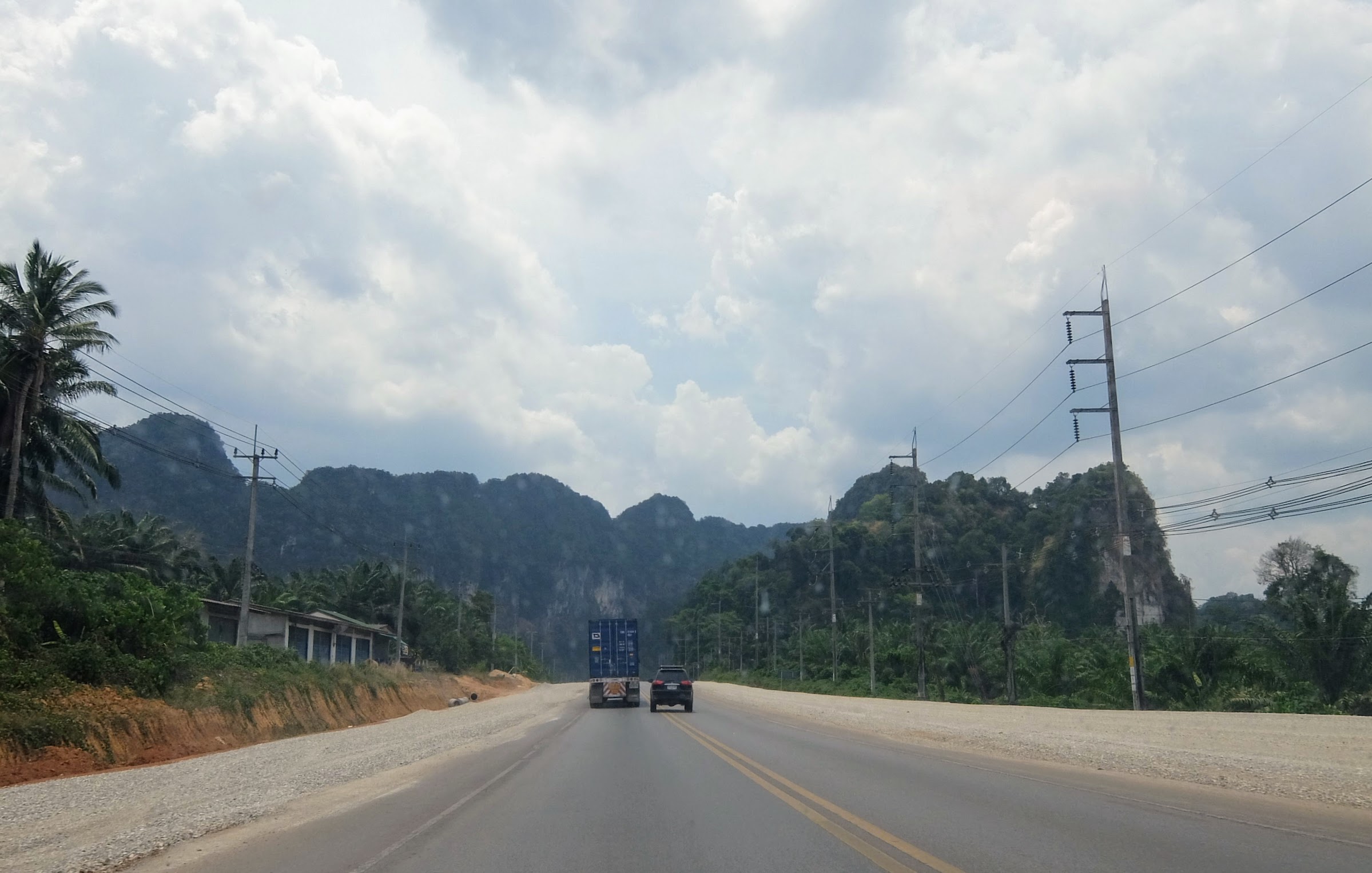 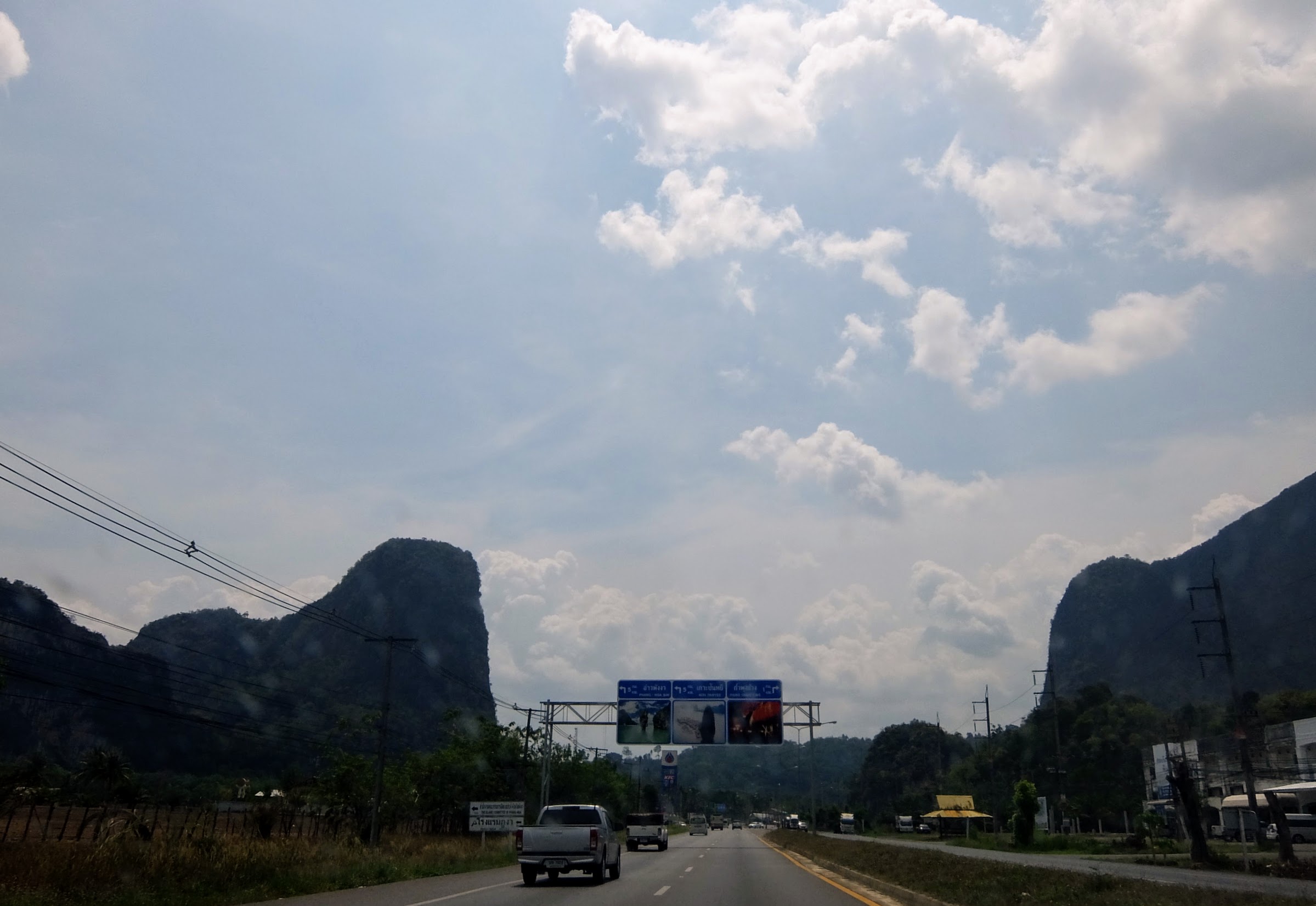 The most interesting part as we were approaching Phuket was the fact that we listened to a local radio which speaks the Yala language. Yala language is a lot like the Kelantanese dialect of the Malay language. It was fun to hear the Thai version of the language. 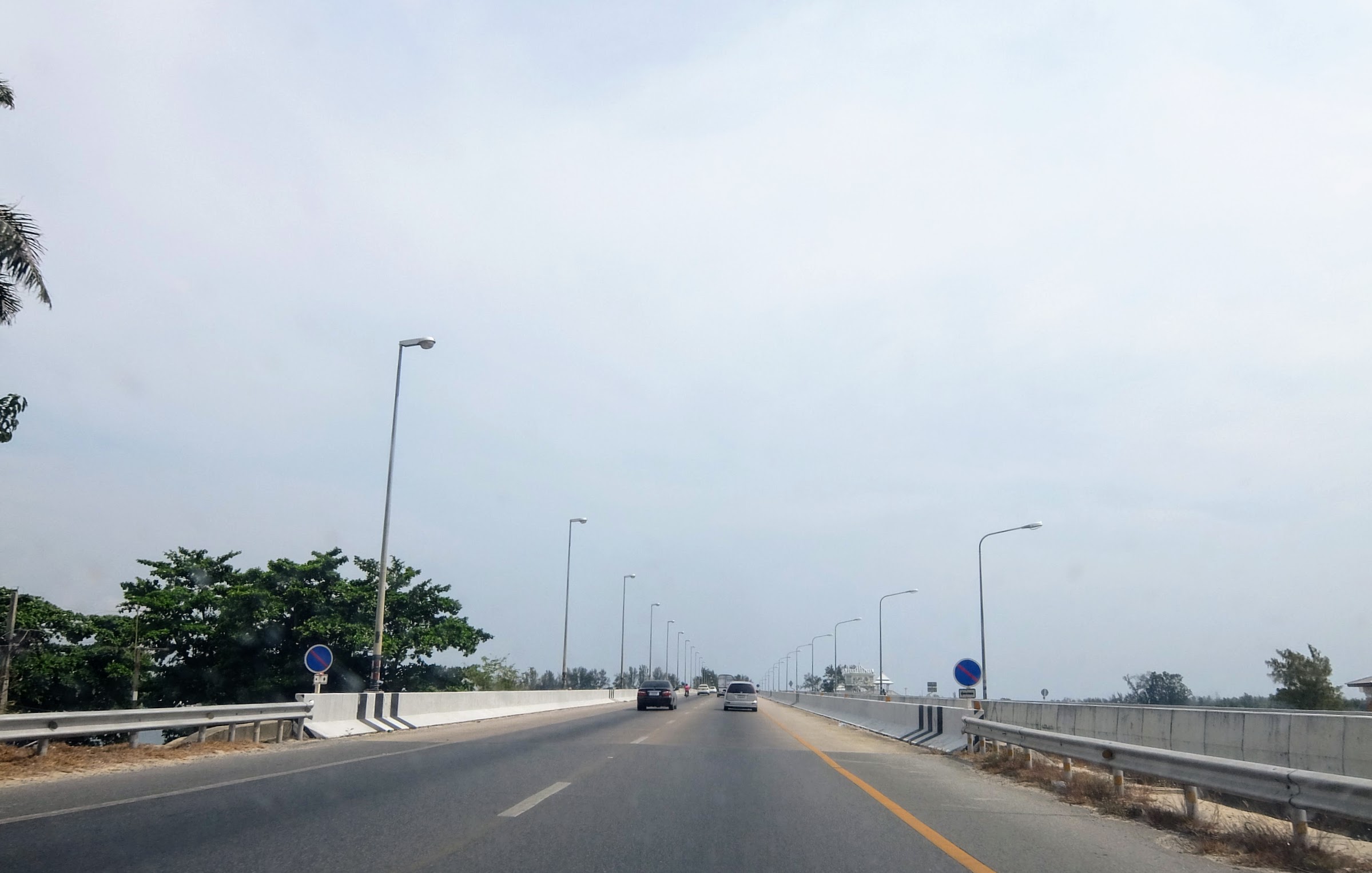 At 3.00 pm, we crossed the bridge into Phuket and finally, after 6 hours, we arrived in Phuket! 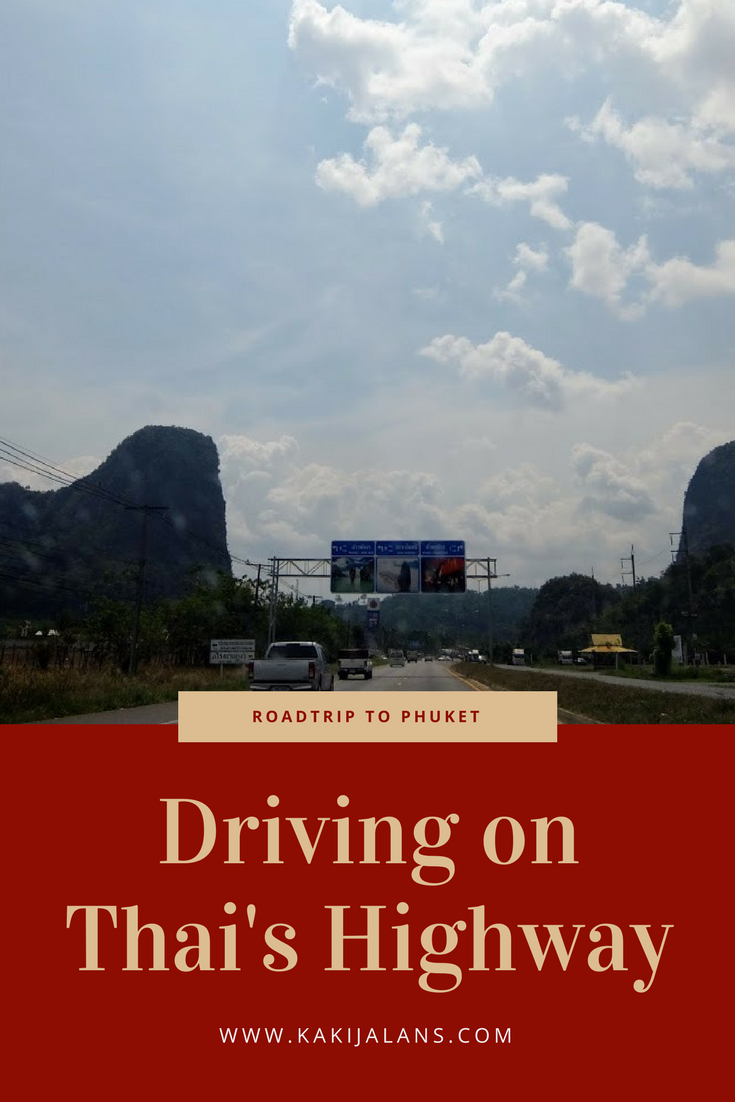