We arrived at Phuket around 3.00 pm. It was no longer afternoon and we had not had our lunch yet. We were starving! Fazli had made a booking at the Grand Sunset Hotel but we thought, “let’s have our lunch first!”. After we drove farther into Phuket, we saw a Tesco Lotus hypermarket. “Heck“, I thought. “Let’s just find our lunch here!“. So, our first stop in Phuket was the Tesco Hypermarket! 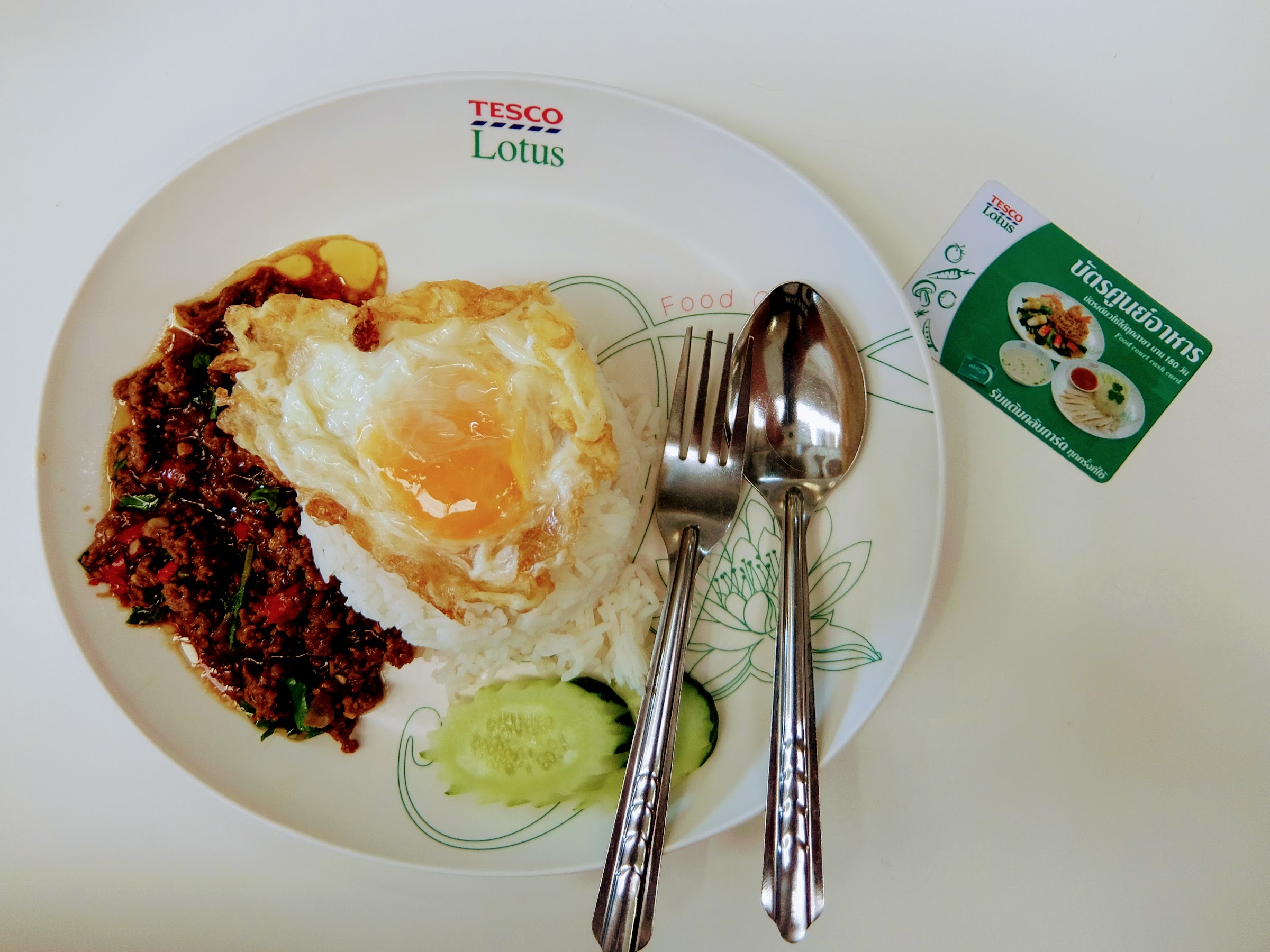 We went into the hypermarket and there were so many local Muslims there. We felt like we were one of them. After all, despite being Indian, Vellan’s facial features look like the Malays. As for Ashley, he is of Eurasian and Indian mixed parentage – thus explaining his exotic facial features.

Entering the hypermarket, we straightaway walked towards the food court. The food court utilizes a prepaid card system, so we rented a card, put in some money and then, started to buy our food. There were so many halal food options inside the food court with the sellers donning the hijab. Most of them look like Malays especially so with the hijab.

TRIVIA: Do you know that most of the Thai Muslims are in fact, Malays? They used to be part of a larger Malay archipelago before an agreement signed between the British and the King of Siam in 1909 alter the boundaries of what constitute Siam and the Unfederated Malay States back then.

However, that was the only similarity between us i.e. the facial features and the historical ethnicity ties. They had since been assimilated into the larger Thai society and since Phuket is far from where the Malay language is spoken, most of the Thai Muslims in Phuket can only speak Thai.

I ordered with hand gestures and after having a hard time explaining my order, they finally got it right. 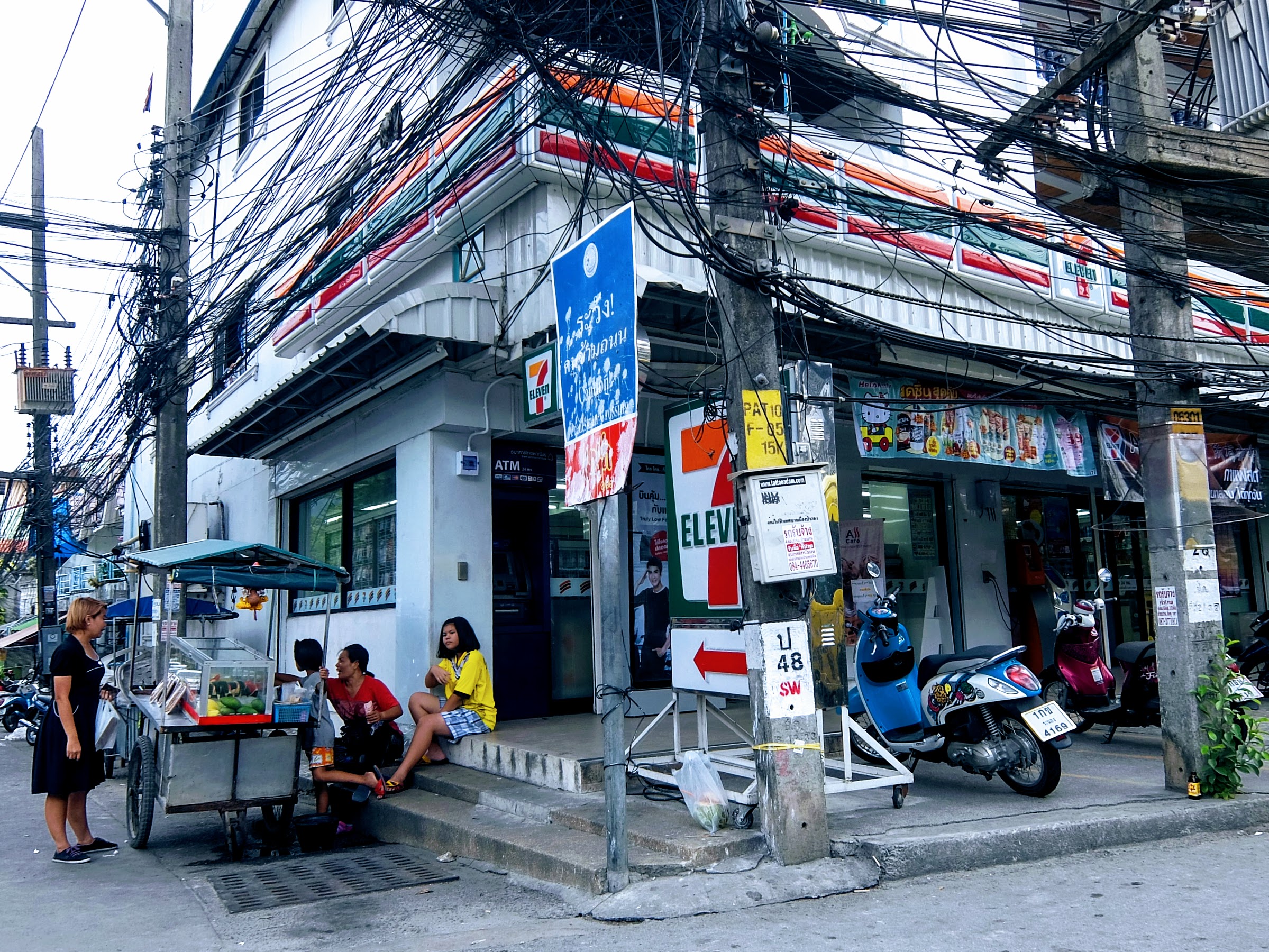 Checking in at the Grand Sunset Hotel

After we had our lunch, we continued our journey to the Grand Sunset Hotel. The hotel is situated on Karon beach – we purposely want to avoid the busy Patong beach. Along the drive, I looked outside and could feel the familiar air of Phuket. After all, this was my second journey to Phuket. 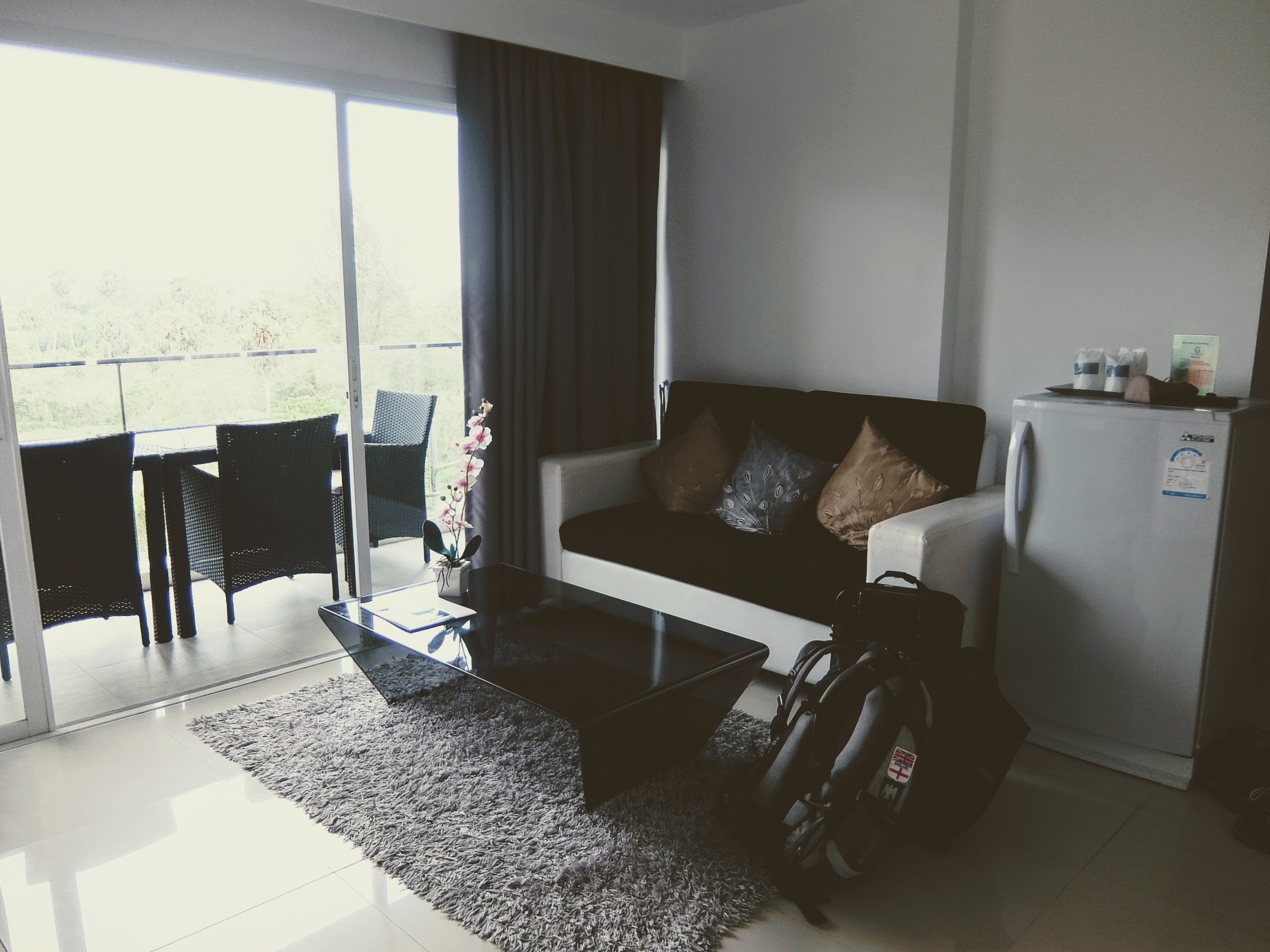 The Grand Sunset Hotel is situated around 10 to 15 minutes drive from Patong. It is situated not so far from the main Karon beach and the best part is that the hotel has a rooftop swimming pool with a 360-degree view of the surrounding area. As per its name, the sunset from the rooftop was splendid. 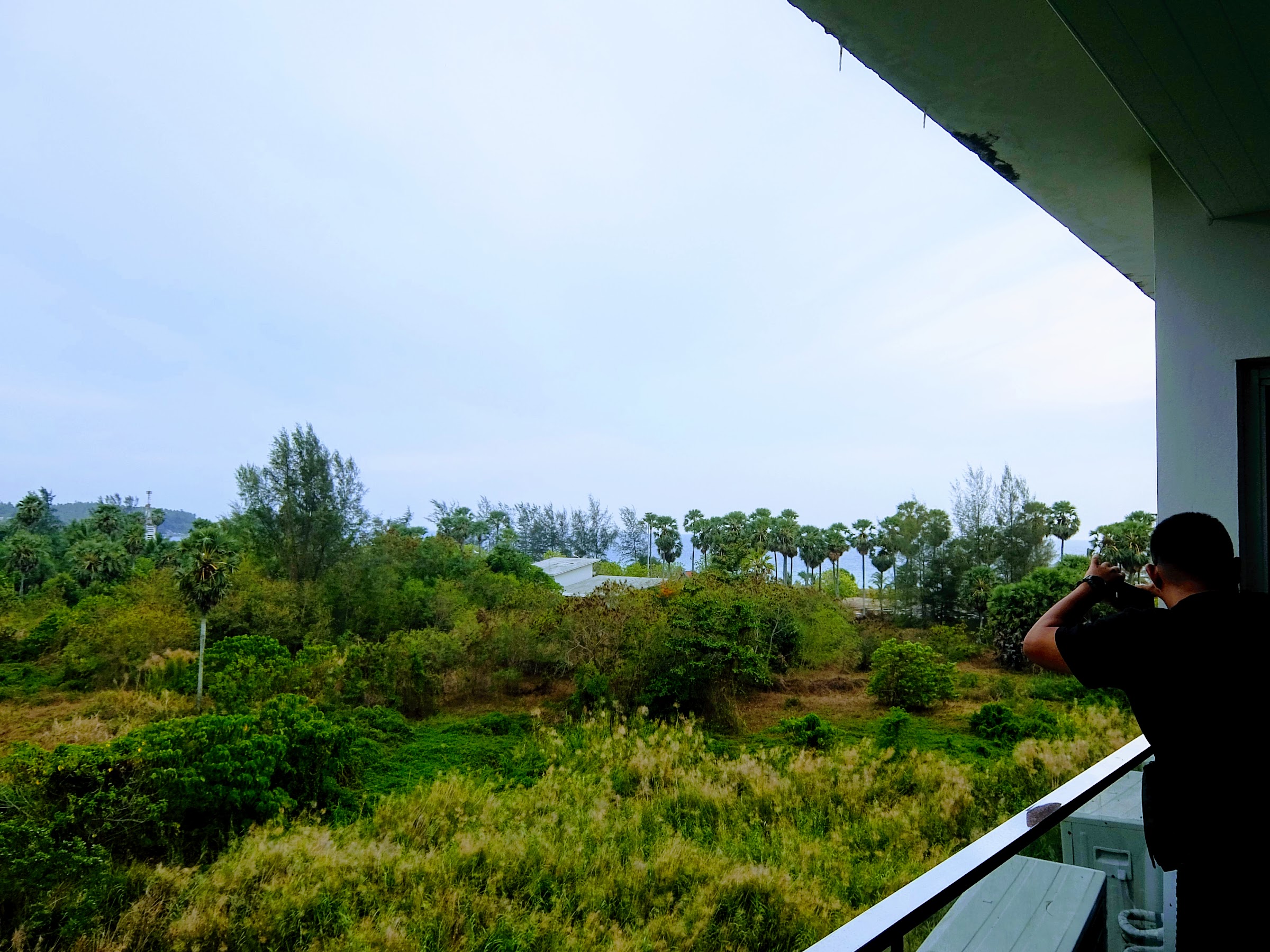 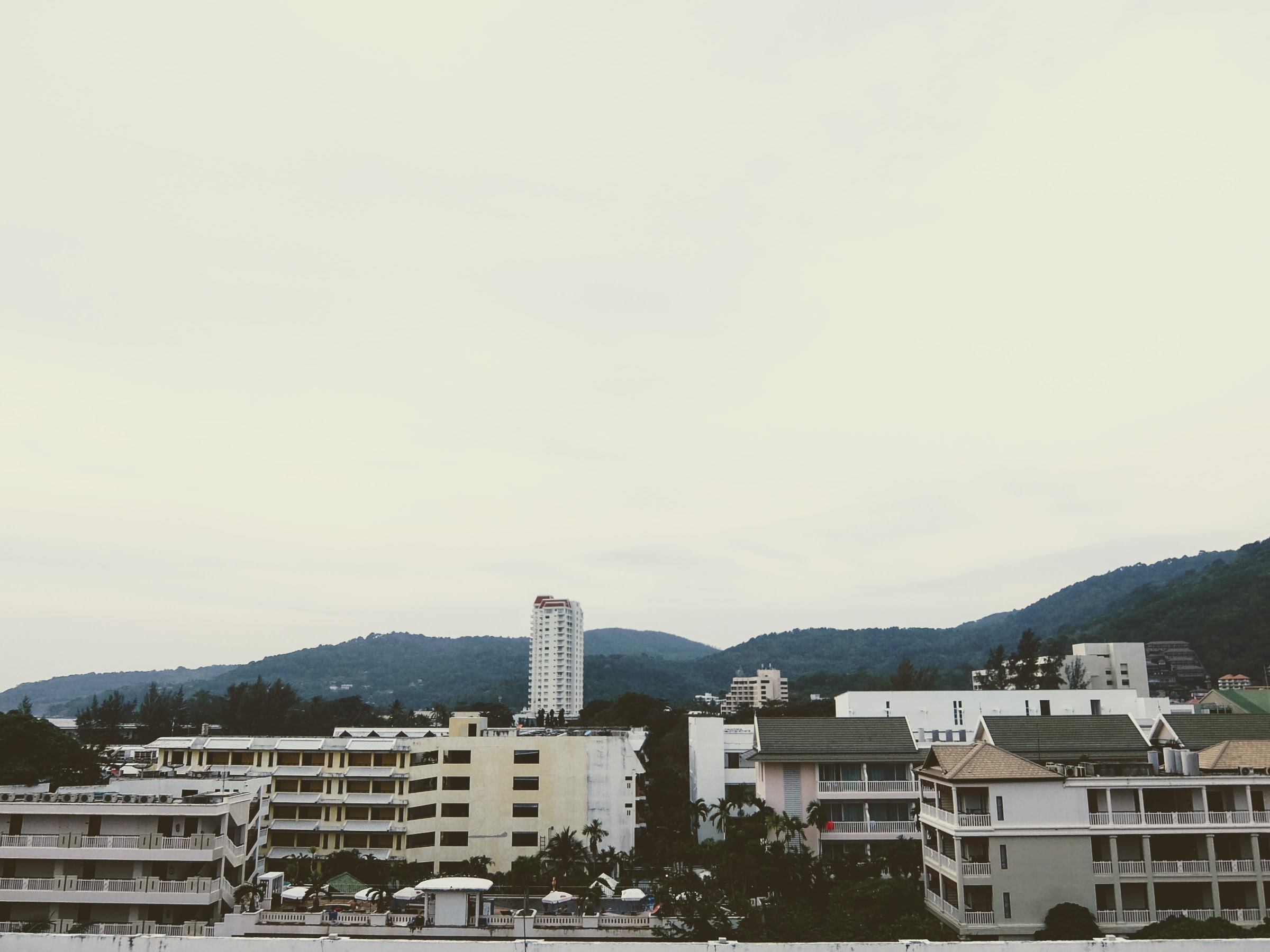 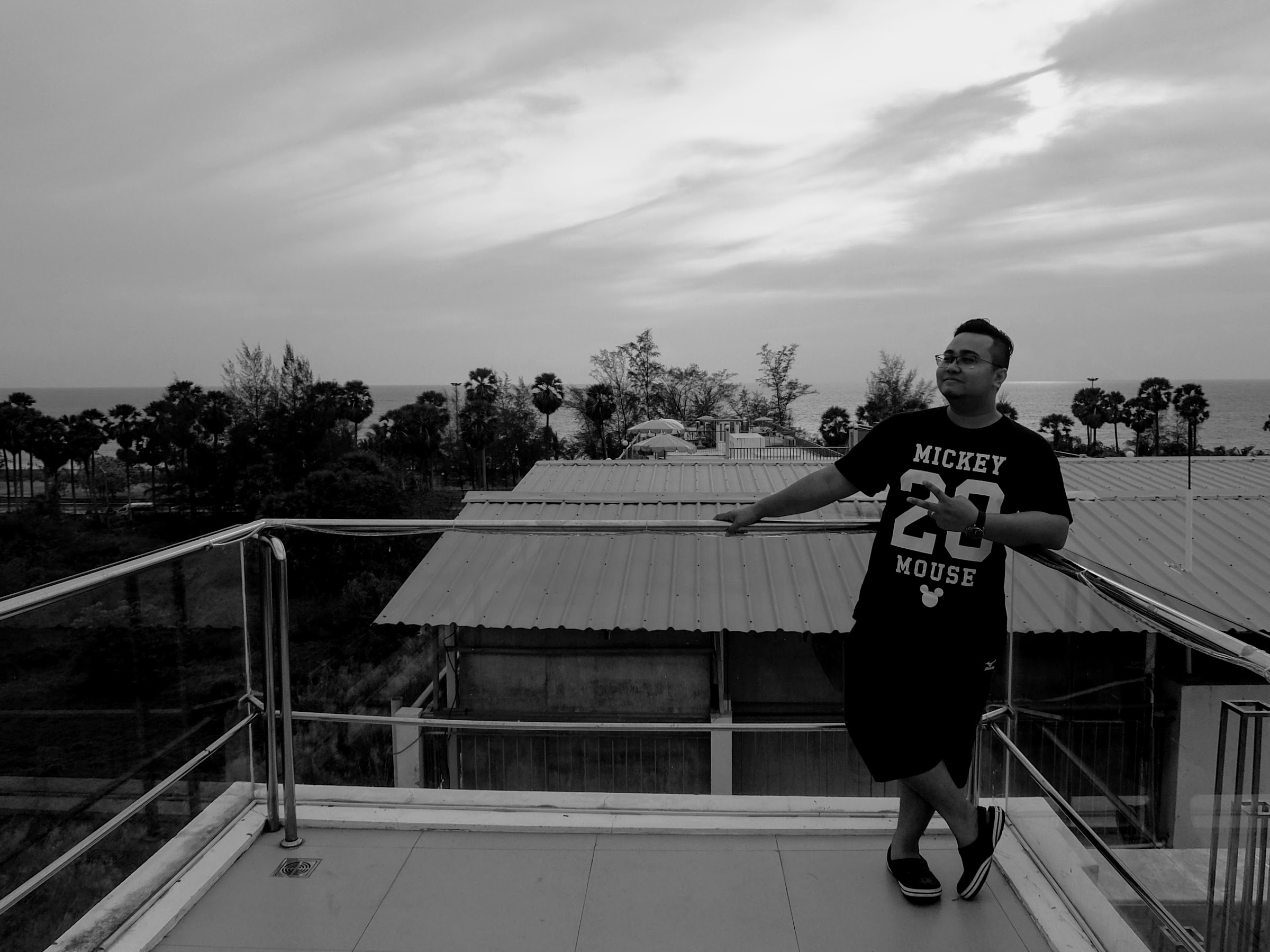 Soon after we checked-in (which was very smooth), we went to our room. We were delighted with the room. It has two rooms, a living room and a balcony overlooking the greenery around the hotel. We chose our room and we went straight to the rooftop to have a look at the swimming pool. 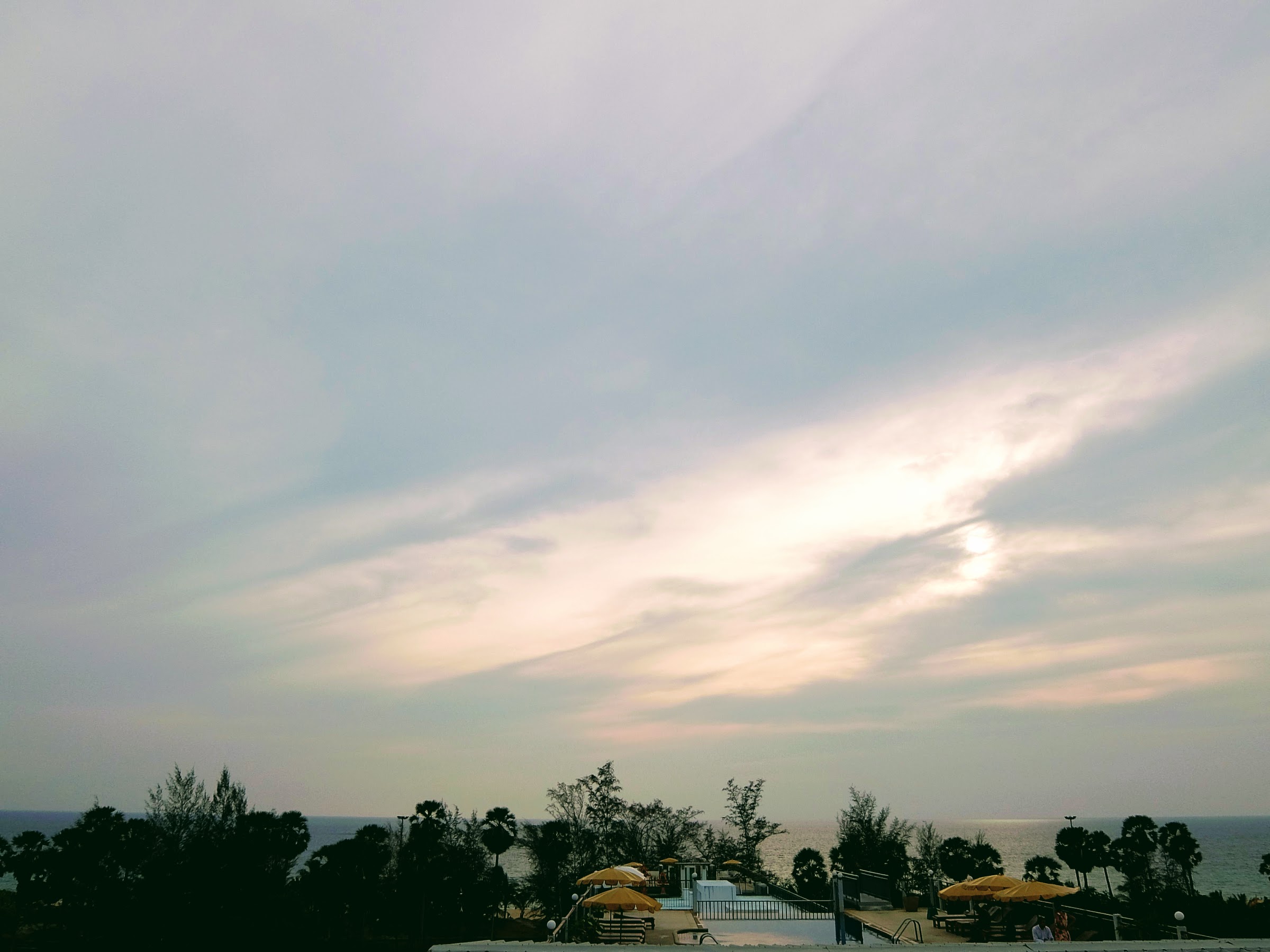 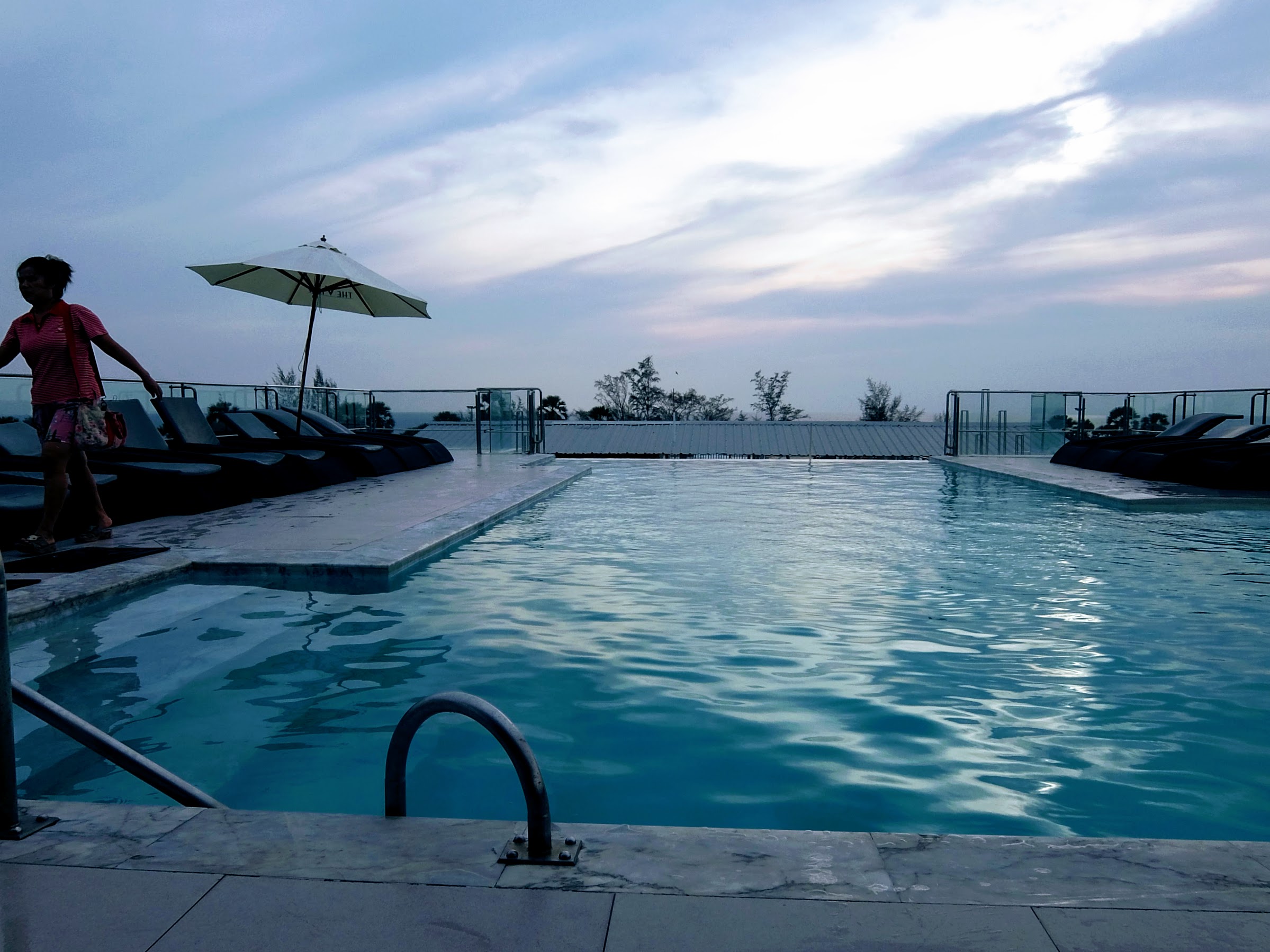 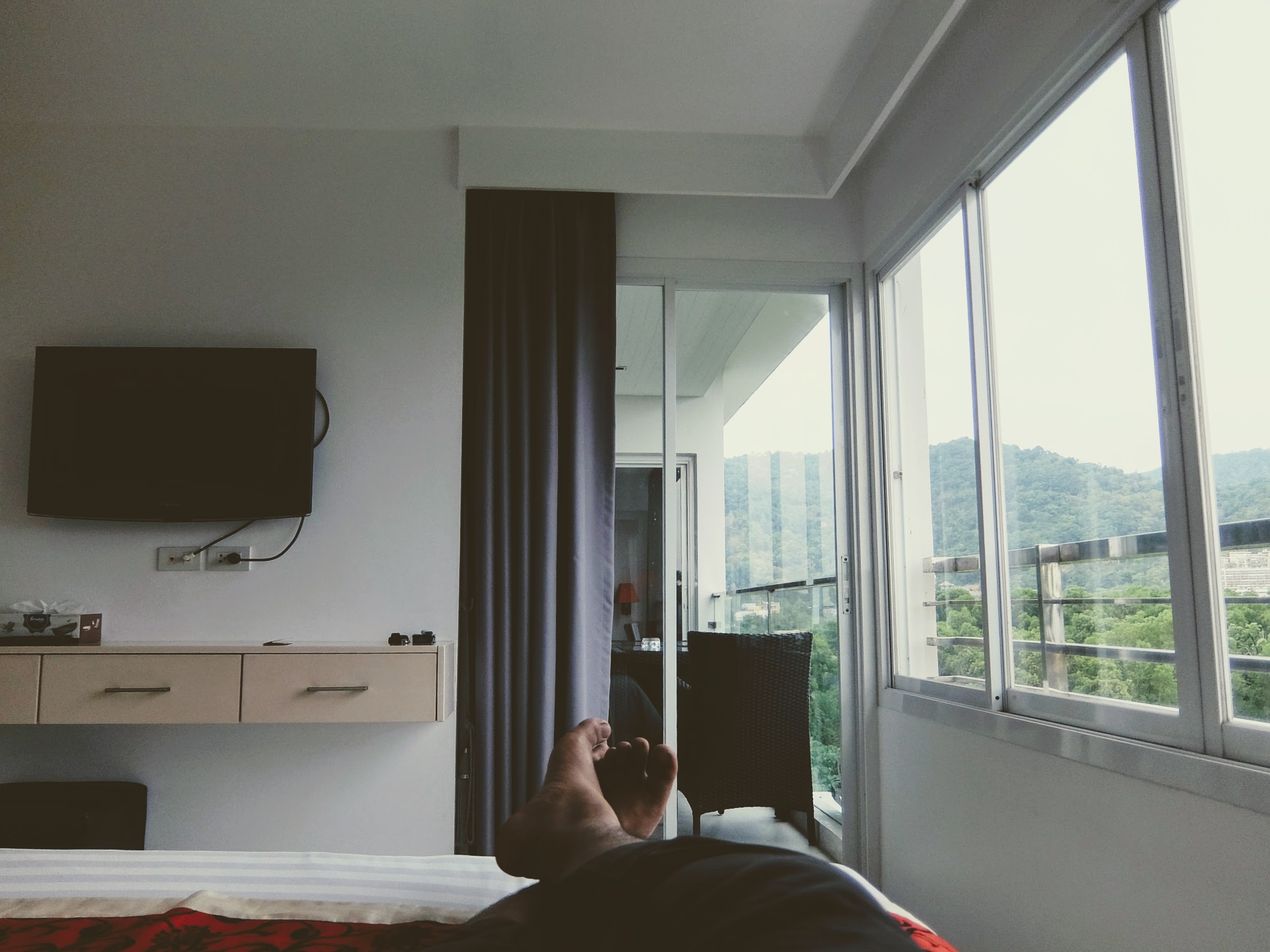 Checkout the review of the Grand Sunset Hotel on Trip Advisor!

We spent quite some time on the rooftop before deciding that we need scooters to move around. Fortunately, the hotel provides scooter rentals via its outsource partner. We paid for our scooter rentals and went outside to explore Phuket for the night. 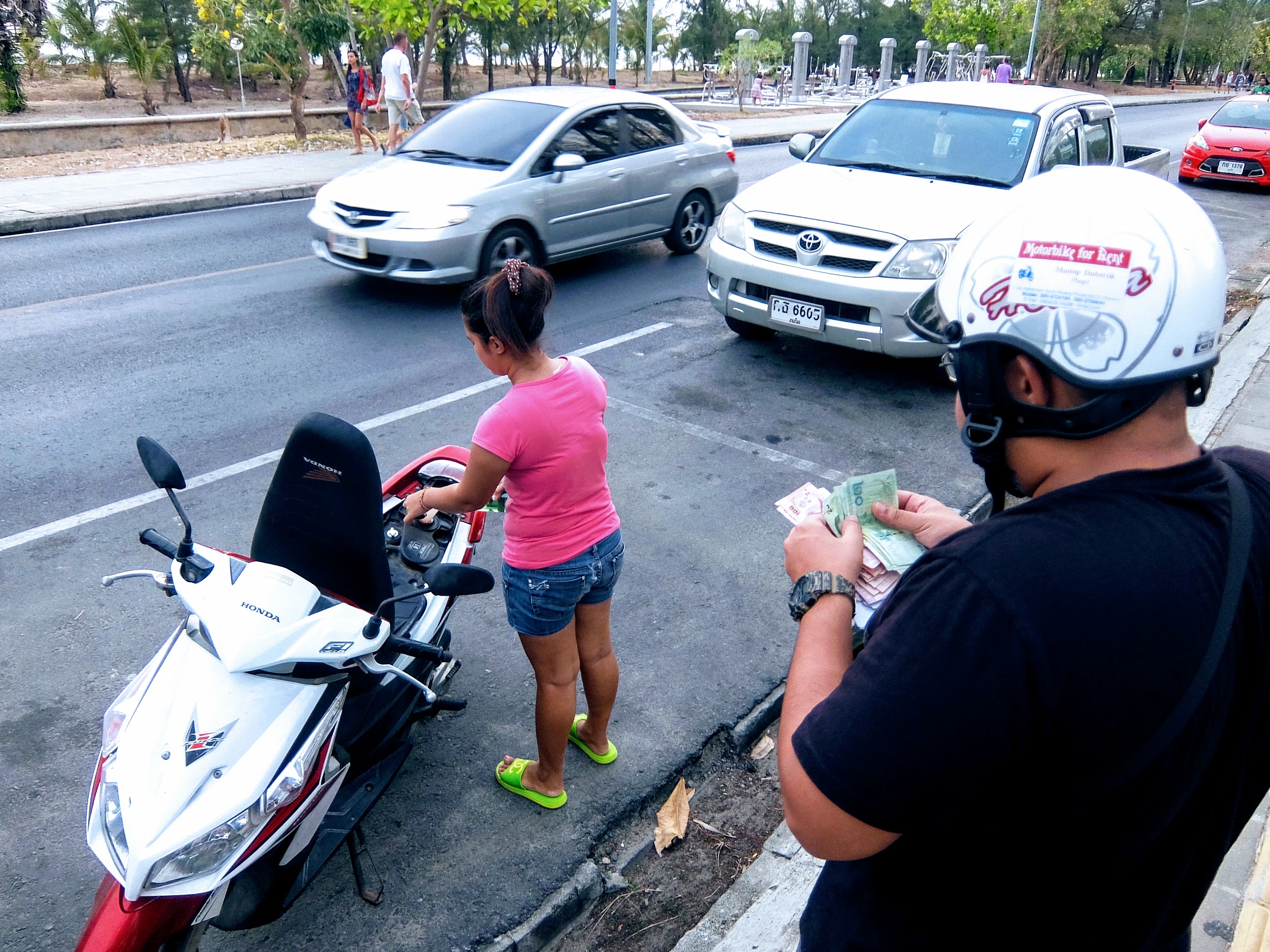 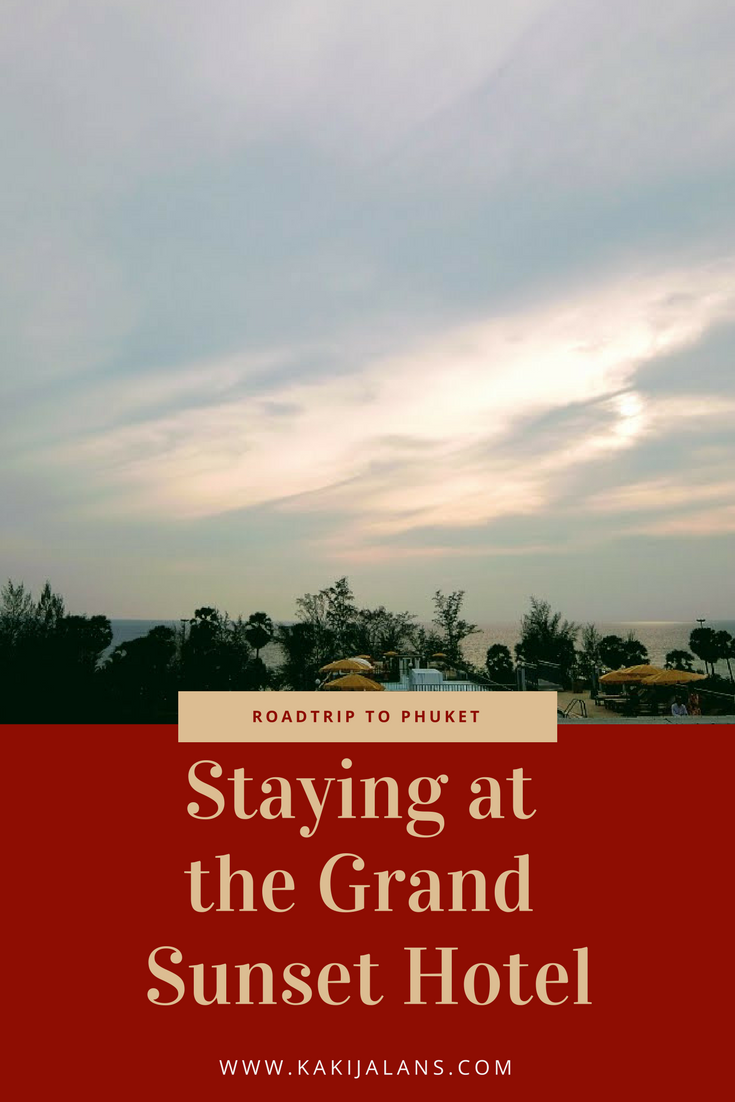